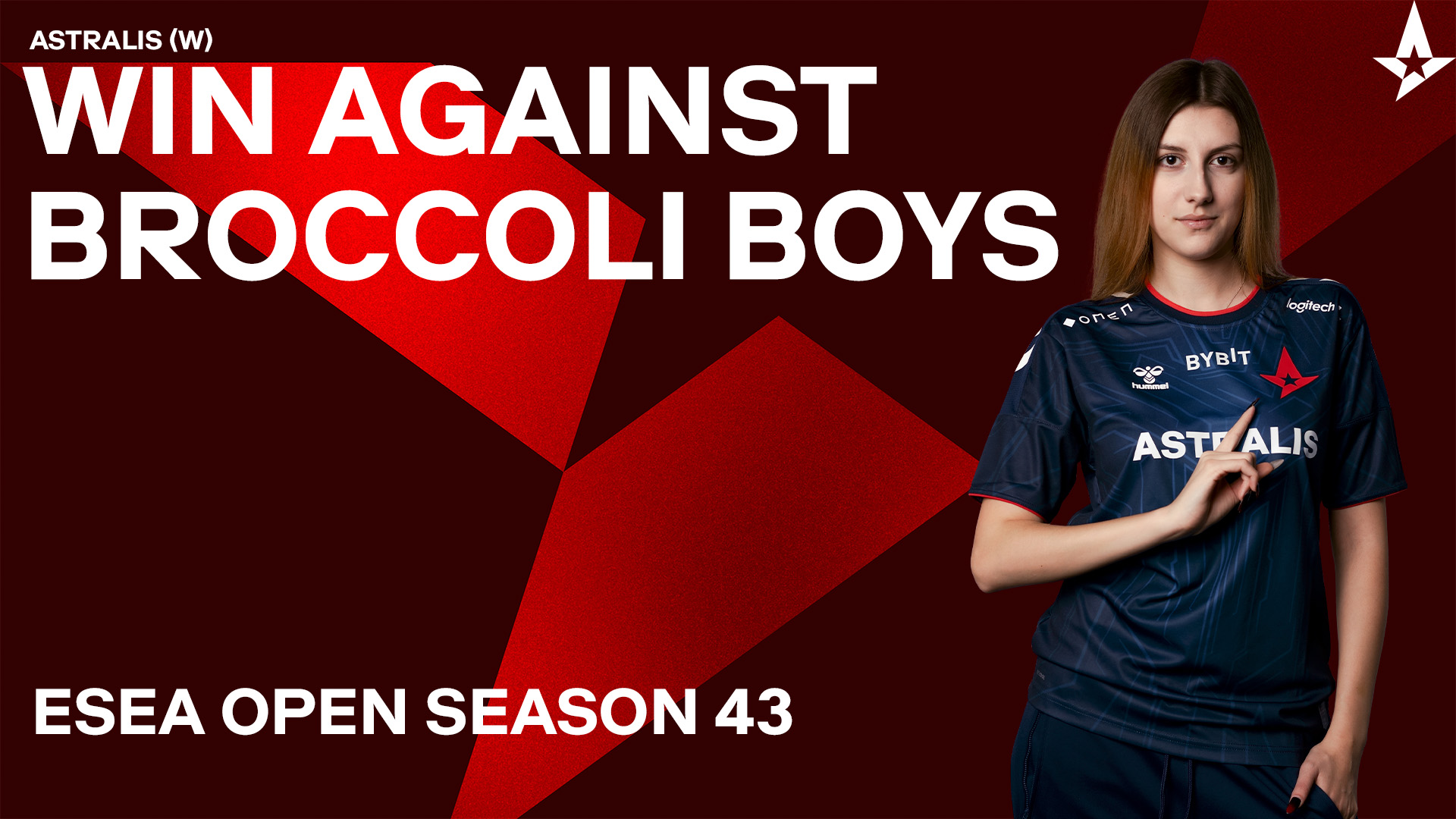 ESEA Open Season 43 has started, and our Counter-Strike team has already taken on four opponents so far in the tournament.

In their latest match against Broccoli Boys, the team egged their opponents with 16 rounds to none on an incredibly strong CT side on Overpass. Aurora top-fragged the series with 26 kills and a 5k through the series. Rachel also showed her mechanical prowess with a 27% HS% through the match.,

The win puts Astralis on a 50% win rate after their four matches. Their next four opponents are waiting in the coming days, and the confident win is sure to generate great confidence in the players.

ESEA Open Season 43, or "Challenger League," is the direct path to ESL Pro League. Forty-eight teams from 20 nations compete in three divisions between October 25 and December 18 for a total prize pool of $120.000 and 900 EPT points.

The regional NA, EU, and ASIA winners from each Season of ESL Challenger League will receive a direct invite to the upcoming ESL Pro League Conference tournament.