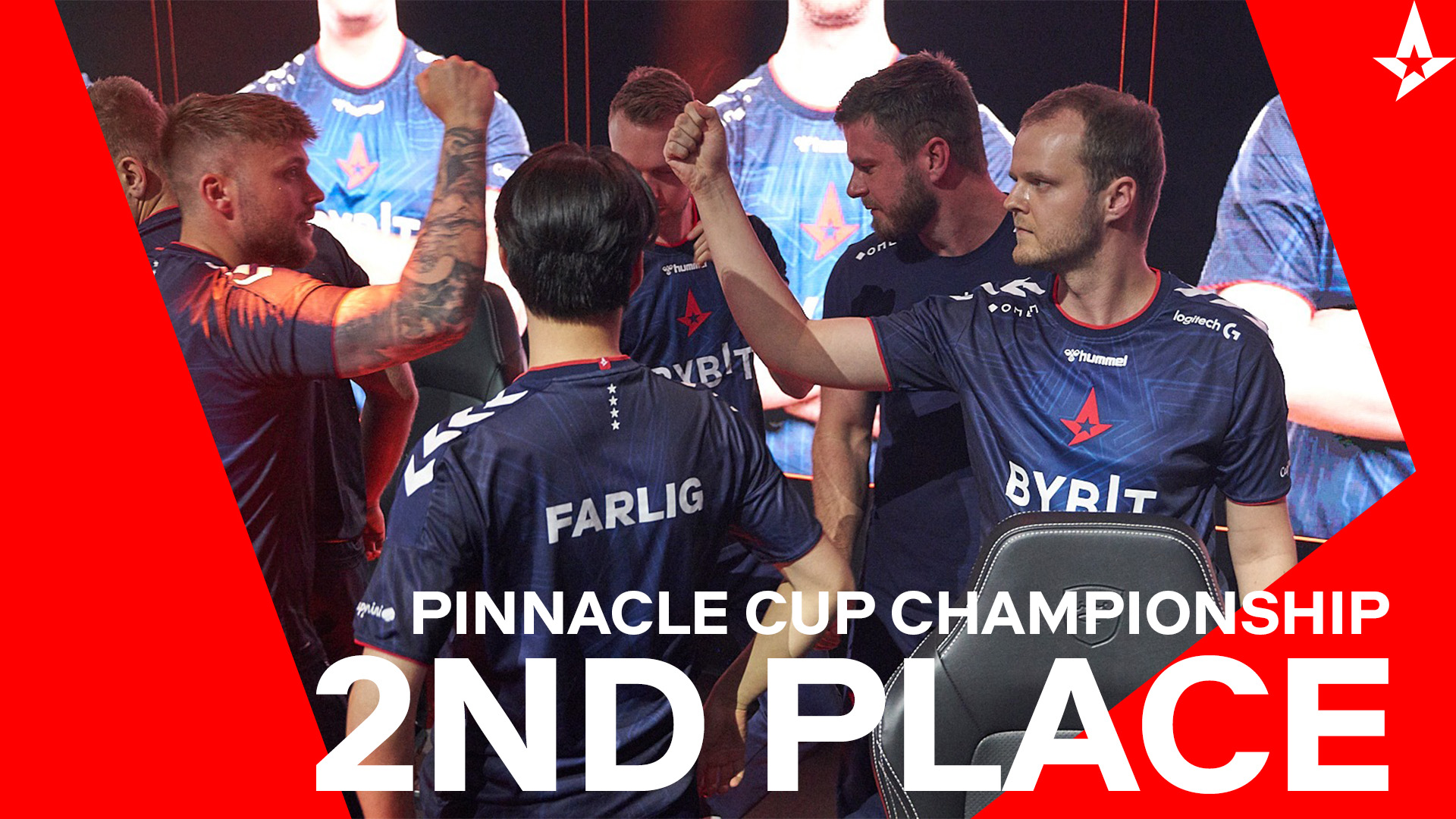 On June 11, our Counter-Strike team played the Grand Final in Pinnacle Cup Championship against Heroic and lost 0-2.

In both maps in the grand final, we started strong with early leads but were overrun later in the matches. We end the Pinnacle Cup Championship in 2nd place, with $50,000 in prize money.

Congratz @heroicgg - you deserved that one. Hurts cus I felt like we had a good chance of getting that trophy🥲

While we are never satisfied in defeat, our team had a strong run throughout the tournament, topping our group and staying in the upper bracket in the playoffs.

- Nobody here is satisfied when losing a final and especially not like this. There were some positive aspects, though; we reached a grand final for the first time in a while, some players were really stepping up, and our T-sides were coming together.

- We could have done much more in the last game, but we also have to pay respect to the way Heroic played the final.

- Right now, we are improving in different areas at different times. We need to find a way for all players to play at their peak level simultaneously, as it is clear we have the quality on the team to lift the overall level to a higher tier.

After winning against EG.PA 16-8 and Imperial 2-0, we went to the semifinal against BIG on June 10. Here we defeated the German team 2-0 on Ancient and Dust2.

Despite a defeat in the grand final, blameF was awarded the tournament MVP, with a tournament rating average of 1.41 and 97 ADR.

Next up for our Counter-Strike team is Roobet Cup, starting on June 22.