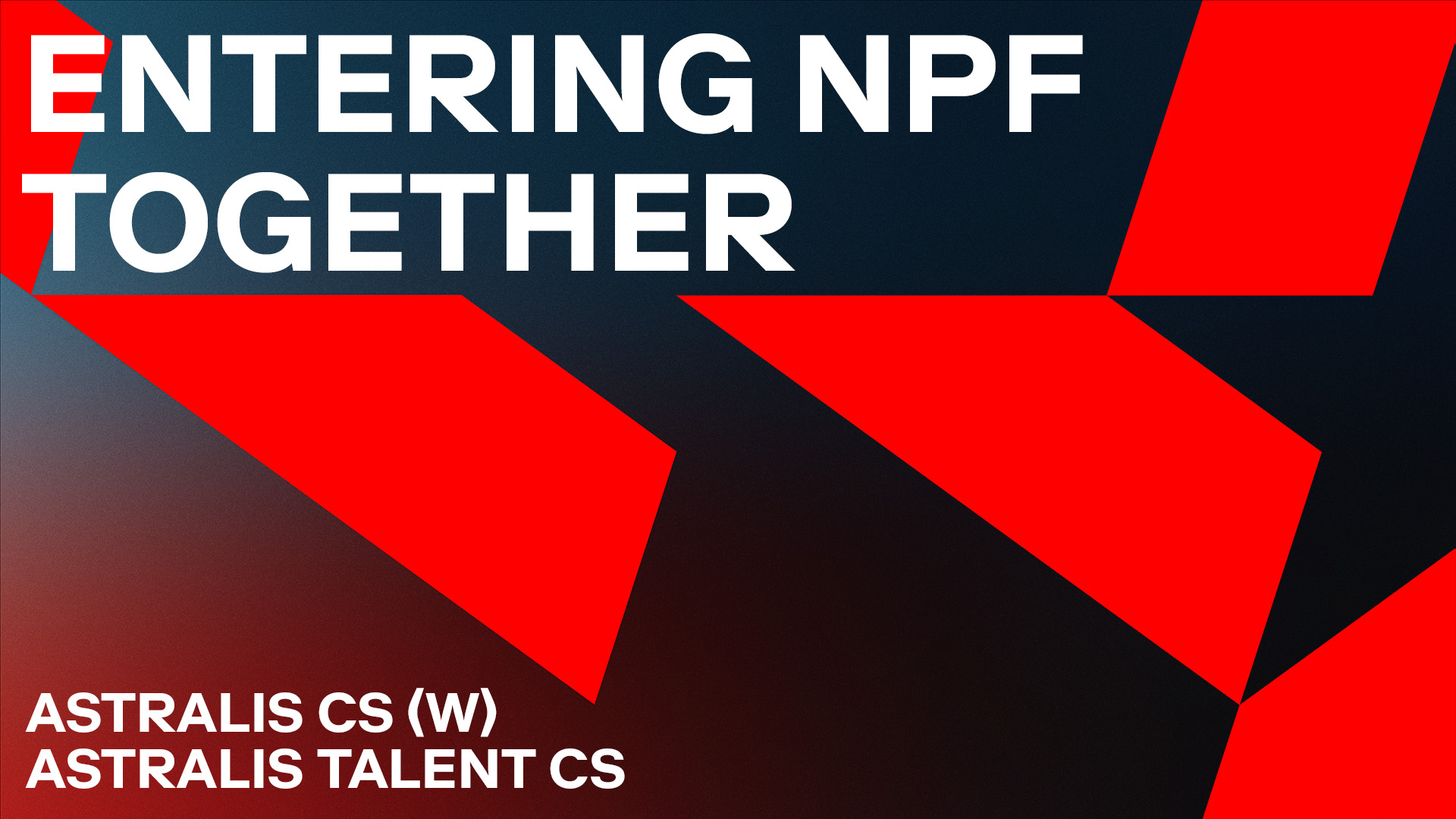 From the 14th-16th of October, we are attending NetPartyFyn 2022 with two teams ready to compete.

NetPartyFyn (NPF) is the largest LAN event in Denmark, where you can participate in many different tournaments in various games. It takes place in Messe C in Fredericia, where our two CS:GO teams will chase the victory on LAN.

Astralis Talent has been invited to the CS:GO Invitational tournament with a combined prize pool of 6.718 euros. The tourney consists of eight teams, six of whom are invited, whereas two squads have fought their way into the two remaining spots through open qualifiers.

Ahead of NPF, Kristou and co. have been competing in POWER Ligaen, where they conquer a second-place standing by achieving six wins and three losses.

The talent squad had a great performance with some technical issues here and there.

Since Mikkel "MistR" Thomsen helps the primary team ahead of BLAST Premier Fall Showdown 2022, we have temporarily signed Alexander "br0" Bro to Astralis Talent, who will participate at NPF.

Our newly established team with kezziwow in front is also joining NPF 2022 and will play in the CS:GO Semi-Pro tournament. The winner returns with a merged value of 1.168 euros, while the runner-up wins a profit of 771 euros.

The team is currently battling in the European division of the ESL Impact League S2, in which the team has a record of one win and four defeats. On Thursday, October 13th, at 19:30 CEST, they are playing their last match in the group stage against MOSTVALUABLEPLAYERS.

Exciting news, we are going to NPF with 2 teams, and both teams will be competing in tournaments at NPF.

If any of you guys are going to NPF, come say hi and meet our players at the event. ❤️#ToTheStars | #AstralisFamily pic.twitter.com/VZ1DpuETzC