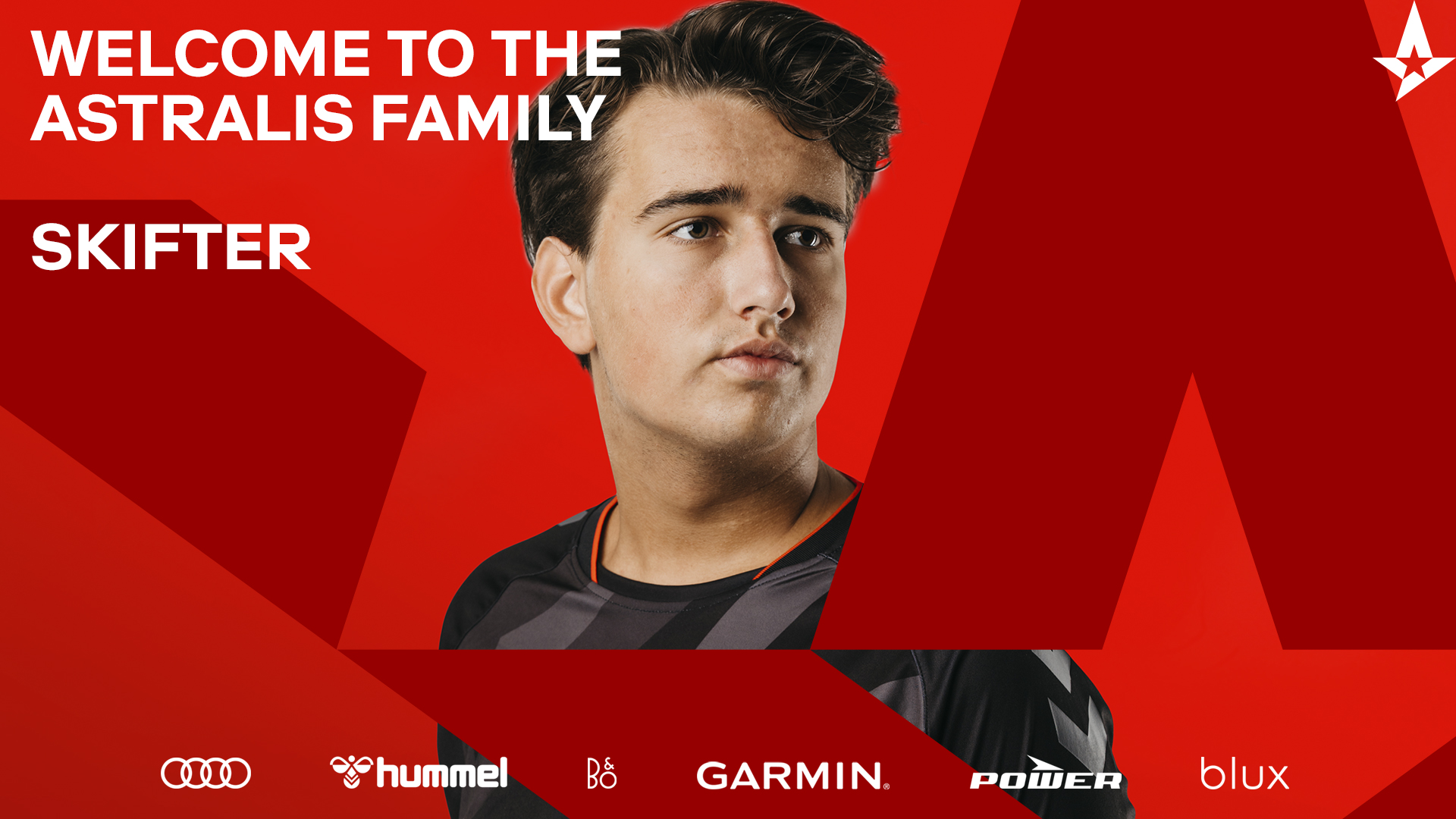 - ‘Skifter’ is part of the new generation of world-class FIFA players. ‘Skifter’ had his breakthrough in the Danish eSuperliga in FIFA20, where he was awarded the prize for being the breakthrough of the year.

- ‘Skifter’ is an offensive and creative player who plays aggressively and entertainingly. In FIFA21 he was a Danish champion on Xbox, just one match shy from qualifying to Worlds.

- I’d like to say a serious thank you to Tricked Esport for a fantastic year, where I had my international breakthrough. I’ve been in the organization a couple of times, and they have been a contribution to what I’m able to do today.

- I’m also very happy to take the next step and become a part of Astralis, one of the world’s biggest organizations with a massive fanbase both nationally and internationally. From what I’ve experienced thus far, Astralis has an amazing setup you can’t find anywhere else, and it’s an organization with grand ambitions. I have those ambitions as well, and I’m looking very much forward to aligning these with Astralis.

Emil Skifter comes from Tricked Esport, who once again demonstrates an amazing ability to produce talents and engage in constructive dialogue with the rest of the industry, including Astralis.