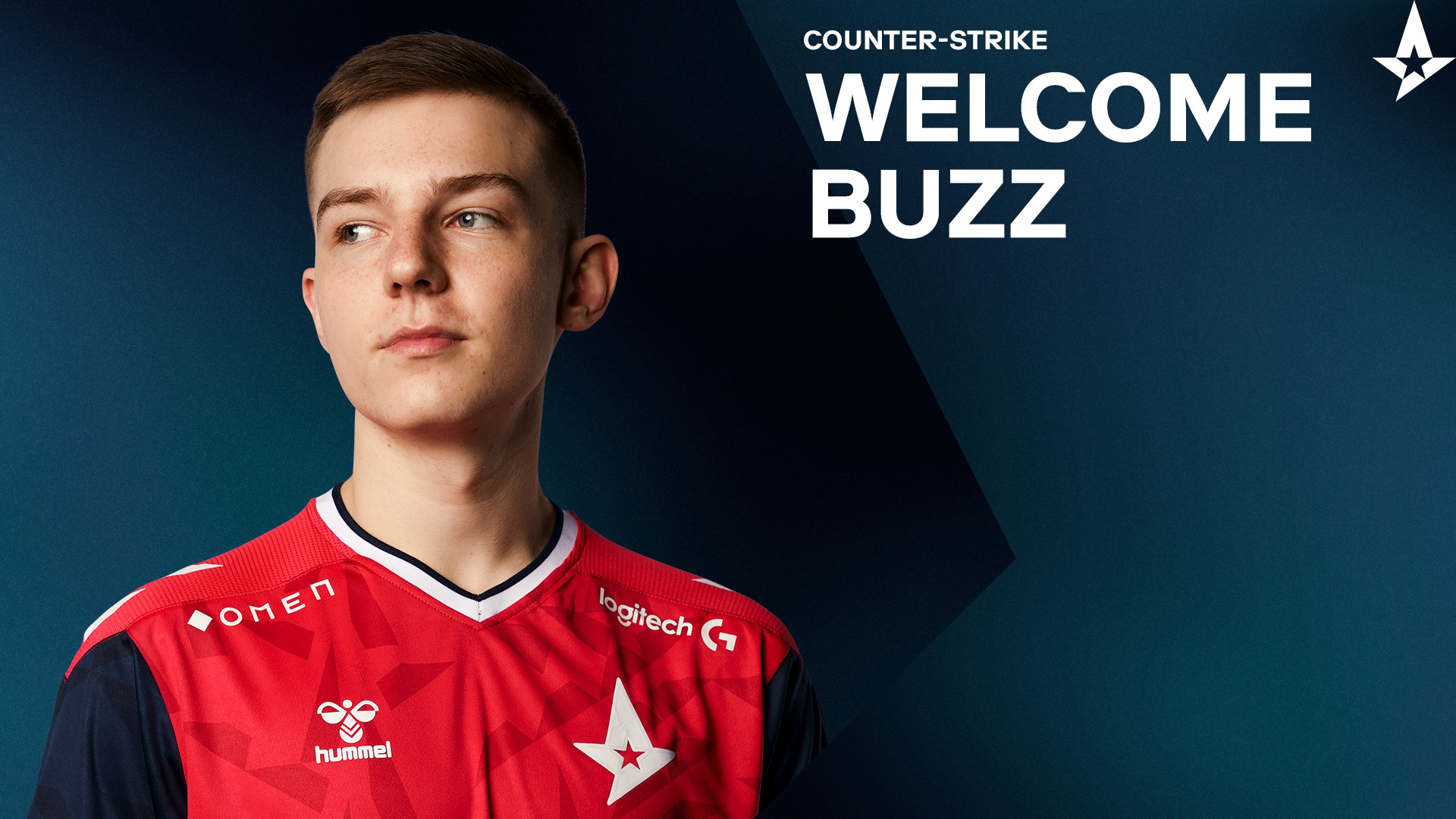 Astralis presents 19-year-old Christian "Buzz" Andersen as a new player on the main roster. "Buzz" comes from Danish Masonic, who just won the Danish POWER League after beating Astralis Talent in the Grand Final. He will replace Mikkel "MistR" Thomsen, who rejoins the talent team after standing in on the main team for two months.

- In the work to revitalize the team, it has been obvious that while we have some extremely skilled and experienced players, who, on their best days, reach an extraordinarily high level, we have also seen that we still have some shortcomings.

- We took Mikkel "MistR" in as a stand-in and he has shown us a lot of his potential. I am sure, he will continue his development, and he is a player who will for sure be playing on a higher level at some point. It is a positive story and part of the cohesion between talents and the first team, we will be working with in the future.

- In relation to the specific role on the team, we have some very specific requirements and have kept an eye on "Buzz" for a long time. He has some extraordinary qualities, and the deeper we got into the work with the new set-up, the clearer it became to me that "Buzz" not only has a lot of the energy and attitude we are looking for he also has the qualities to give the team a real boost. I believe Buzz will make a real difference.

- The work with the organization around the team continues in the management, but since I started, we have already brought in both dev1ce and Buzz, and although you can't compare, they are both dream signings for me. We now have the roster in place, and I am really looking forward to working with the team in the new set-up, which is currently being finalized, says the coach.

- I am very happy and really proud. I have studied and looked up to the players on the Astralis team for several years, and in many ways, that has shaped me as a CS player. The fact that I can now call myself an Astralis player on a team with several of those players and in the role I've always imagined is just crazy cool.

- I have had several conversations with casle and Kasper Hvidt over the past few months. They know the player they're getting, and I know I'm joining a team and an organization ready to invest in what it takes to get back on top.

- When I pulled the red shirt over my head for the first time for our photo shoot, it was a very special feeling, and I knew how much this meant. Playing with the star on the chest does not get bigger for a Danish CS player, and I will do everything I can to help the team and make the fans proud. There is so much to be proud of in Astralis, but we have lacked the results, and I hope I can help bring them back, says Christian "Buzz" Andersen.

Mikkel "MistR" joins the talent squad, where Astralis can announce the extension of Alexander "br0" Bro's contract today, meaning that the talented 20-year-old will also be on Astralis Talent's team card in 2023.

In addition to Mikkel "MistR" Thomsen's return to the talent team, there is more talent news:

Astralis and Alexander "br0" Bro have agreed on a permanent contract so that the talented 20-year-old br0, who has had a very promising trial period on the team, will also be on Astralis Talent's team card in 2023.

At the same time, 22-year-old Mathias "R0nic" Pinholt joins as the new coach for Astralis Talent. Mathias has previously been a part of Astralis Talent, and he has played under Peter "casle" Ardenskjold.