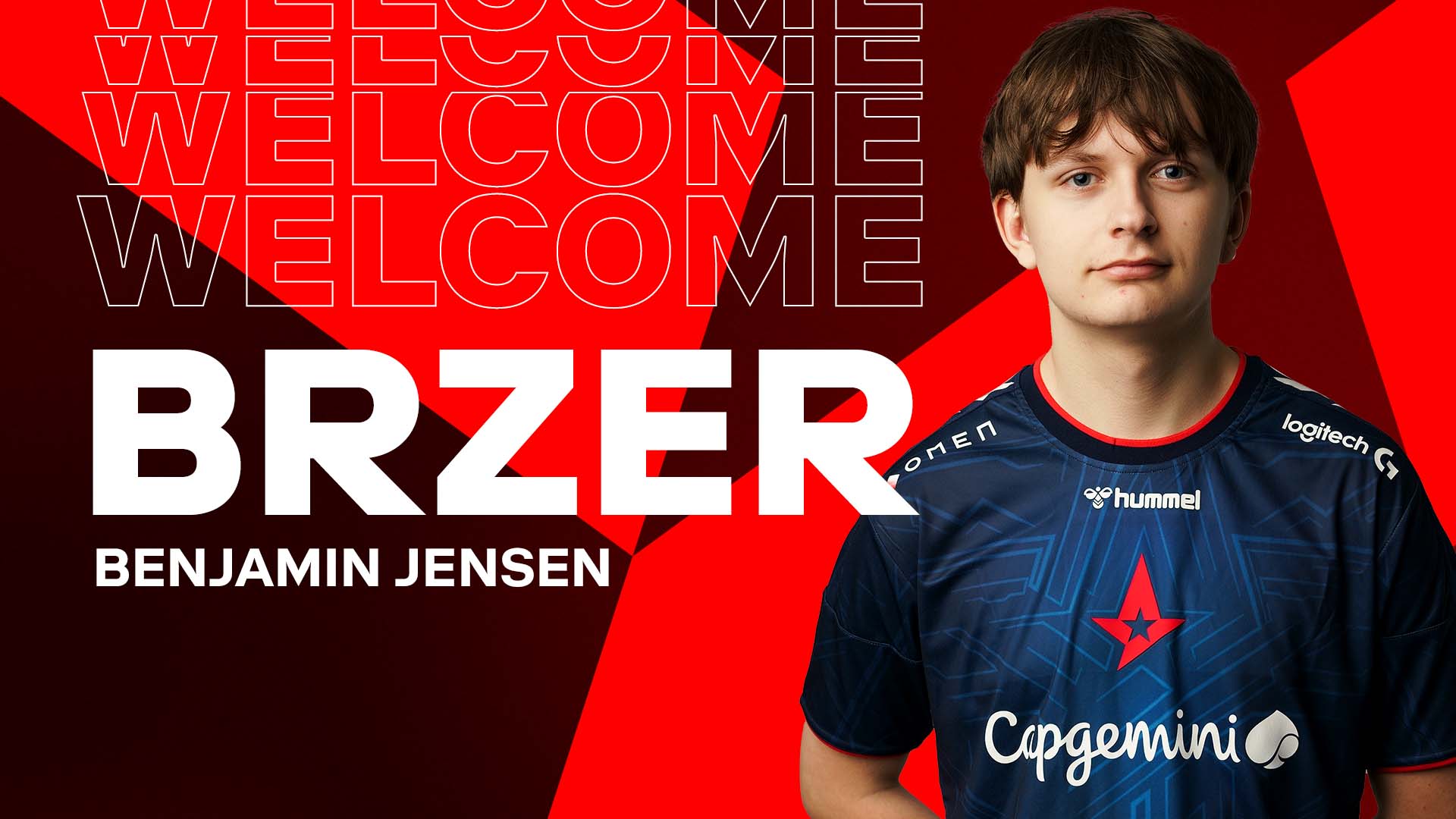 Astralis Talent was announced in December 2020, and after 12 months of focusing on building structure and learning, the organization is ready to take the next step. Today, the team can announce the addition of Benjamin "brzer" Jensen and a transition to a full-time setup.‍

Kasper Hvidt talks about the upgrade‍

- In Astralis, we often take new paths, which is also the case with our talent efforts. Over the past 12 months, we have gained a lot of experience and spent time mapping our efforts and the elements from the talent scene that we feel fit.

- Our goal with the talent work is that within a few years, preferably faster, we can develop players who can act as sparring for our pro team and who can gradually join the same team. It is about a culture and an environment similar to the professional, where we will continuously introduce tools from our pro setup.

- Until now, we have worked with players who have had work or school on the side. It has given some natural fluctuations, but we have also built a foundation that makes us feel ready for the next step. From 1 January, we will introduce a full-time setup and a closer collaboration with the pro-organization, which will help lift the individual players, the team, and the results over the coming months.

- It has been 12 enlightening months with both mistakes and bullseyes along the way, and I have great confidence that we will lift the talent development in Astralis with what we are now introducing, Hvidt says.

At the same time, there is a replacement on the talent team, where Benjamin "brzer" Jensen is signed from Masonic. He replaces Andreas "Void" Dietrichsen, who will act as sixth man on the team moving forward.

- We have spent many resources on building and have spent the first 12 months trying out ideas, making many mistakes, correcting them, and finding the strongest possible setup for our version 2.0. We are now comfortable investing further, and that also requires something extra from our players.

(brzer) is a player I expect a lot from - Dennis Vang

- That's why we choose the replacement now. "Void" is a skilled and talented player who is also well-liked. Therefore, it is by no means an easy choice to replace him, but we need a different type in the new setup. I want to emphasize that we only have good things to say about "Void," and we wish him all the best of luck in the future.

- Conversely, in "brzer," we get a player who fits the way we want to work and who is passionate about playing in our system. He is a player I expect a lot from, and who, together with the team and those around us, will give a boost right now.

- Although one should always be careful about promising results, I would like to say that, of course, we must see improvement in the short term, and especially in the slightly longer term, it sounds from Dennis Vang.

- I have been really happy playing in Masonic and hope the best for them. At the same time, I am looking forward to being a part of what Astralis Talent is now introducing. We will work focused on both our individual game, the collaboration, and everything else, in a structure that suits me really well.

- I know things take time, but I think we will raise the level relatively quickly, and I'm just looking forward to pulling on the Astralis jersey right now, states "brzer."

Astralis Talent is currently participating in the WePlay Academy League and the POWER League. More tournaments will be added in the near future.