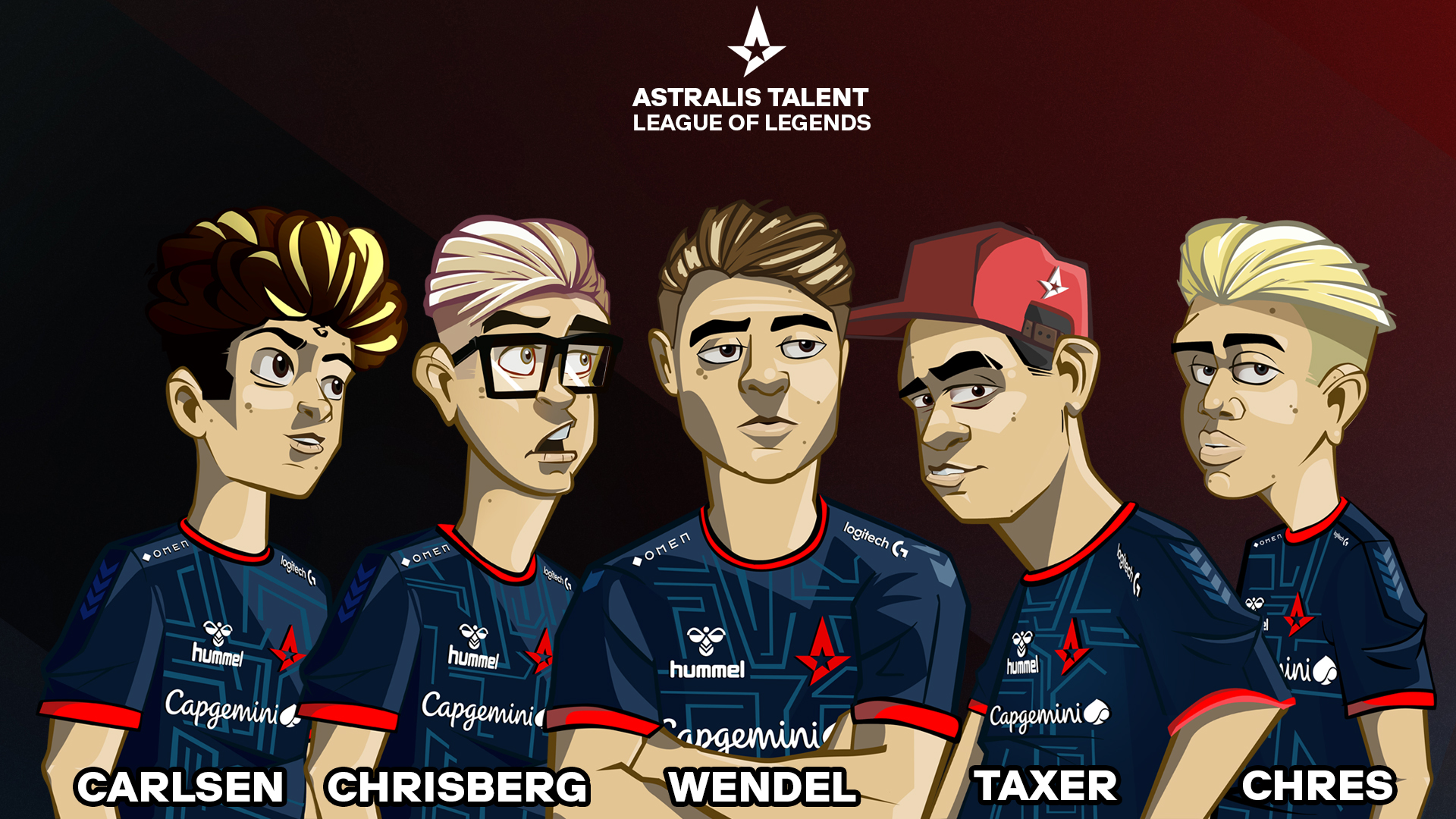 Astralis Talent today presents the team that in 2022 will represent the organization in the northern European League of Legends region NLC, which is the league beneath LEC, where Astralis' main team is a permanent participant as a rights holder.

Astralis Talent has previously had both a Spanish and a Danish talent roster, but the team will be based on Danish talents with international potential for the coming season.

- It is something extraordinary to have gathered 5 Danes on the same team. It offers several advantages that we speak the same language, have the same culture, and know each other's way of thinking in a different way than you would experience with mixed teams. We already have something together that you can not learn.

we believe we can give them a serious challenge - Mikkel Donby

- NLC is a highly competitive series, just below some of the very best in the world, and we are looking forward to seeing how we perform. The NLC has some heavy teams and players we must face, but we believe we can give them a serious challenge. In Astralis, we work in a slightly different way than many other places, and we will do our utmost to achieve our goals, says Donby, who describes the team as follows:

- As the only one from previous teams, we have kept Carl "Carlsen," and he must now make his entrance at a higher level than he has previously played. He has made a huge impression throughout the organization, and around him, there are four players, all of whom have been a part of the professional scene for a long time:

- Christian "Taxer" Jensen is a strong leader who will lead the troops, where "Chres" Laursen contributes with great experience from both LEC and Worlds.

- Lars "Chrisberg" Christiansen has been the main player on the teams he has represented for the past two years, and Daniel "Wendel" Vendelbo Bylling is bringing both quality, mood, and energy to training and battle.

- We are really looking forward to getting started and showing what we can do, Donby rounds off.

The first match of the new NLC season will be played on January 10th. The program for the LEC has not yet been announced.