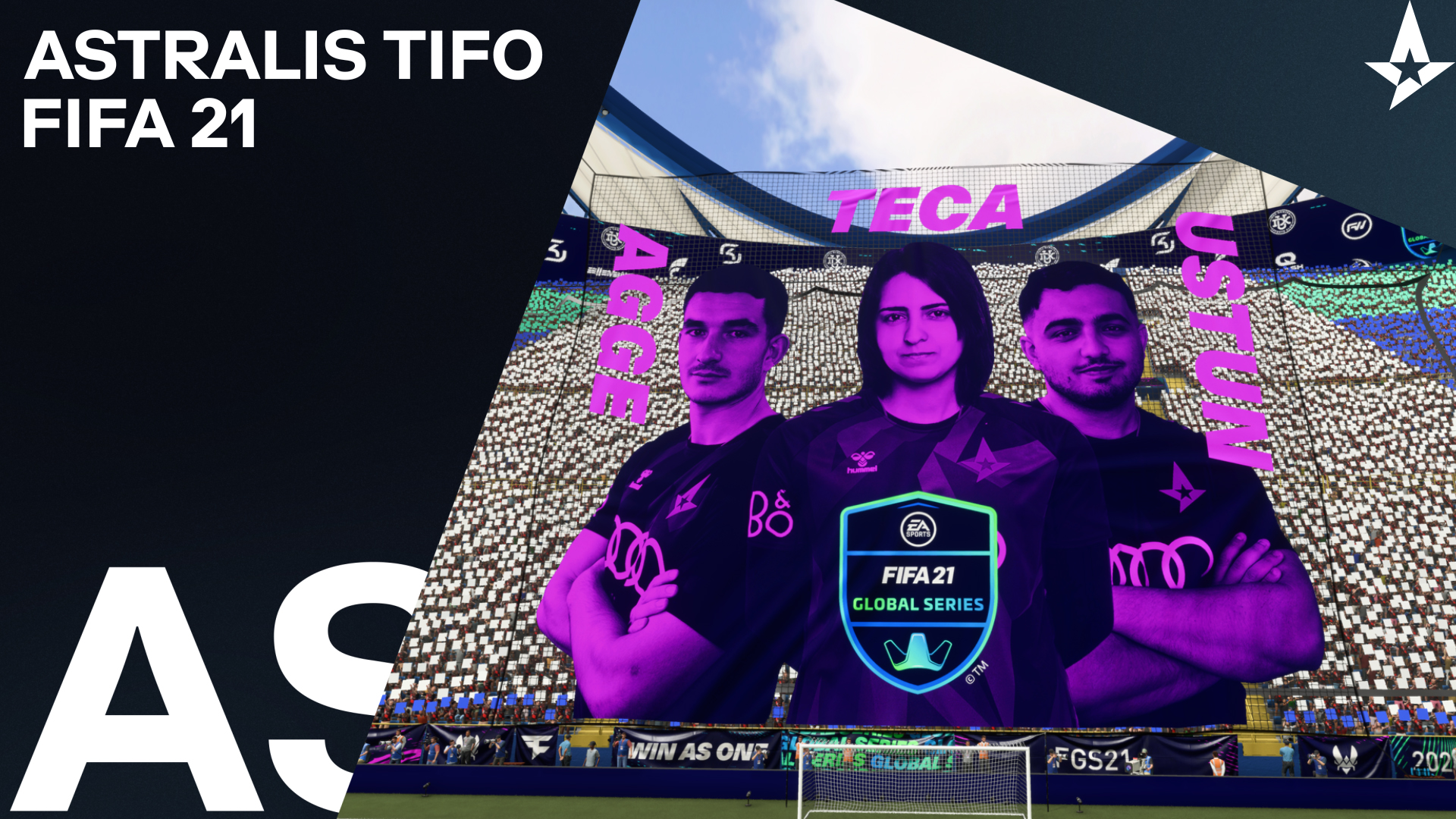 For the first time ever, EA Sports has produced an in-game FGS TIFO featuring a female player. The player is no other than our very own Stephanie 'Teca' Luana, who in many ways is a frontrunner in esports.

Stephanie is the unofficial World Champion in FIFA20 and she is regarded as one of the best female players in the world. Together with Agge, Ustun, and Roee she is a vital part of the Astralis FIFA team in-game and outside, where she is an outspoken ambassador for equality and diversity in esports, especially in her home country of Brazil.

As part of the regional qualifier for FGS21 from March 20 to March 21 the FIFA21 game will release an Astralis TIFO as a viewership reward for Twitch users.

Astralis also joins the exclusive and very limited group of non-football organizations to be featured on a TIFO in the world's biggest computerized football game.

How do I get one?

To get the Astralis TIFO in your own game you need to link your Twitch and EA accounts in your Twitch connections settings. You need to have a FUT account as well.

When your accounts are linked simply just watch the official EA Twitch stream during the event for a chance to receive the TIFO.