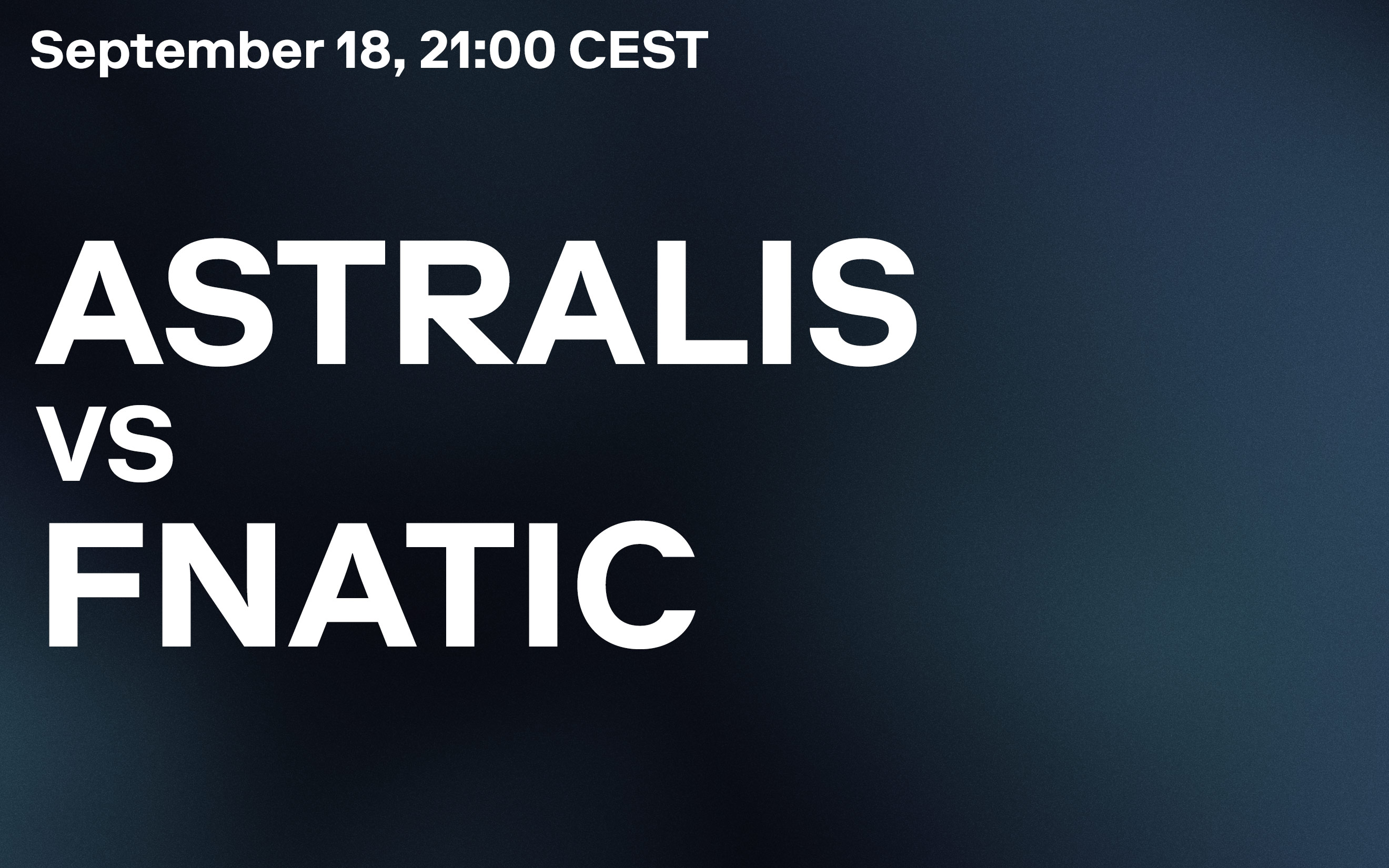 Astralis face off against Fnatic

On Friday, September 18, CEST 21:00, Astralis will take on Fnatic in another Pro League Bo3. Last time the two teams met, was during ESL One Cologne in August, where Astralis took home a 2-0 victory. Following the results of Pro League so far, if Astralis claim the victory again tonight, the team will be secured a spot in playoffs.

The clash against Fnatic will also be the very first match Astralis will play in the brand new player jersey, which launched yesterday, September 17.

You can watch the game on ESL's Twitch channel.