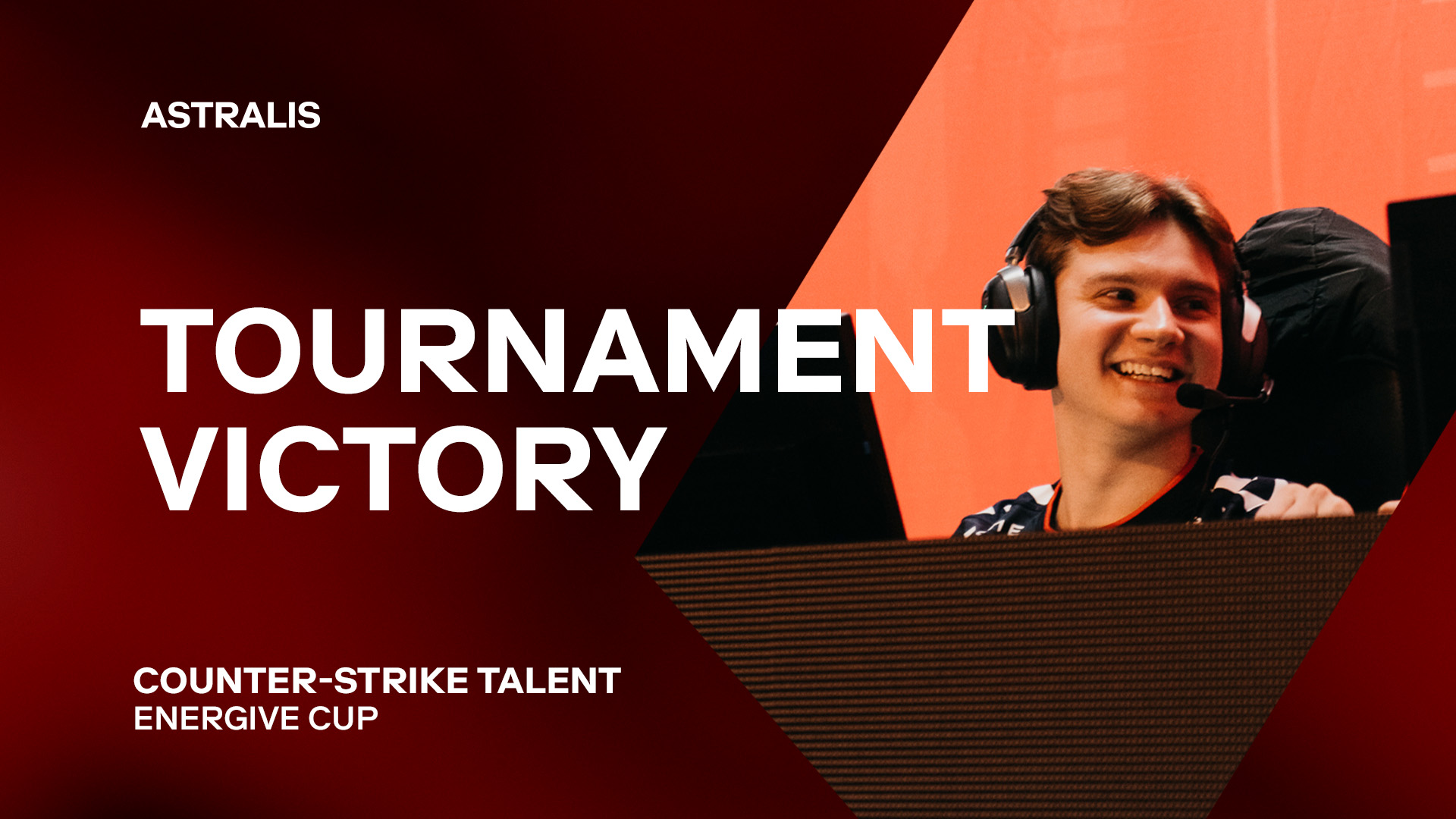 Our talent players earned themselves an early Christmas present after winning Energive Cup 2022.

Astralis Talent got invited alongside our first opponent in the Single Elimination bracket, CEPTER.

On December 3rd at 13:00 CET, we won the first match relatively convincingly 2-1.

Returning from a trip to Finland with the main team, Kristou performed very well, ending the game with a 1.28 rating.

Going into the Semi-Final, we thought Tricked was our next enemy, but they withdrew from the tournament, which meant Sashi was the next in line.

On their map pick, Vertigo, we found ourselves comfortable on the CT side in the first half by reaching a 10-5 score.

Sashi responded strongly in the second half, but we managed to regain control in the end and secure a 16-12 victory.

The story almost repeated itself on Inferno as we came out on top in the first half with an 11-4 score. Fortunately, zonic's law wasn't complied with, and we won 16-12.

The talent squad is playing the @EnergiveCup Final later today at 16:00

Fighting For The Trophy

Arriving at the Grand Final, only MASONIC stood in the way of us becoming champions.

All three maps were needed to crown a winner, which resulted in a taut match.

Altekz shot the opponents into ruins as he dominated the scoreboard in a close Ancient comeback from being behind 6-9, ending with 27 frags and a 1.68 rating in a 16-12 victory.

MASONIC chose Vertigo as the second map. This time, we followed zonic's law and returned from a 4-11 half, tying the game 15-15.

In overtime, we got defeated 17-19 despite a great effort from our players.

It all winded up on the decider, Overpass. We came out swinging on our CT side by prevailing in the first half.

We had a few troubles getting over the finish line, but we claimed the trophy in the end with a 1.37 rating from Kristou with help from his teammates.

Won @EnergiveCup final 2-1 vs. @MasonicGG. GGWP to them. $7,000 in the bag. Wp to my teammates #astralisfamily

Don't let the win against Tricked distract you from the fact that our Talent team just won the #ENERGIVECUP!

A huge congratulations to our Talent team, who won the final 2-1 and earned $7,000 in prize money.

Astralis Talent's next announced match is on December 13th, at 20:00 CET, in the Semi-Final of POWER Ligaen.