End of day one of Elisa Masters Espoo 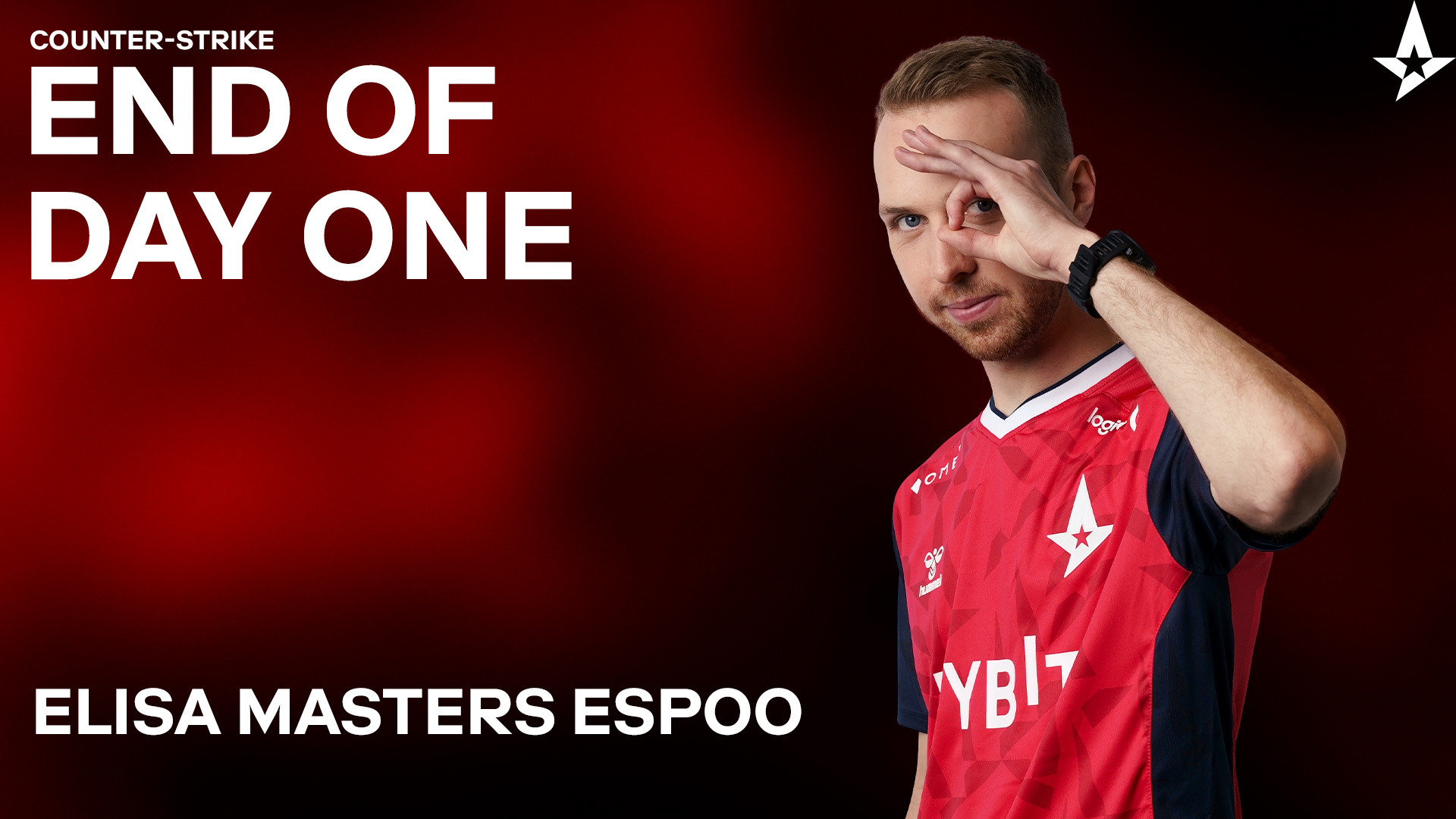 On Thursday, we played our first five matches in the hunt for a spot in the playoffs of Elisa Masters Espoo 2022 in Finland. Here's everything you need to know about how it went!

We kicked off our matches with a win against SAW. The first half didn't go our way, and going into the second half with a score of 6-9 in favor of SAW, we needed to step up to secure the win. And, boy, did we step up. We dominated our Portuguese opponents and won the game with a score of 16-11 after ten beautiful CT side wins!

Benjamin "blameF" Bremer proved monumental in our first match, which included a nice and easy ace, as seen here:

That's an ace from the man @blameFFFFF himself.

Next up was Bad News Eagles. Once again, our CT side proved to be our strongest, and with both halves ending with 10-5 scores, overtime was needed. Thankfully, we did what we needed to do and won the game 19-16. Once again, blameF shone and ended the game with a 1.51 rating!

Lastly, we played against Complexity in a crucial game for a spot in the playoffs. We HAD to win and to call it a thrilling game is an understatement. Nuke was the map, and with two teams fighting for survival, the game was back and forth from the beginning.

With two halves that ended 8-7 and 7-8, nothing separated us from Complexity, and overtime was needed. The nail-bitingly close match eventually led to a 19-17 victory in our favor, which means that we have secured a spot in the playoffs!

Once again, we would like to bring your attention to the boulder that is blameF. The Danish Rock tore through Complexity and ended the game with a score of 40-20 with a 1.79 rating!

With the playoffs secured, we will play against ENCE in the quarterfinals on Friday the 18th at 19:00 CEST. Don't forget to tune in to what will undoubtedly be an exciting Bo3!