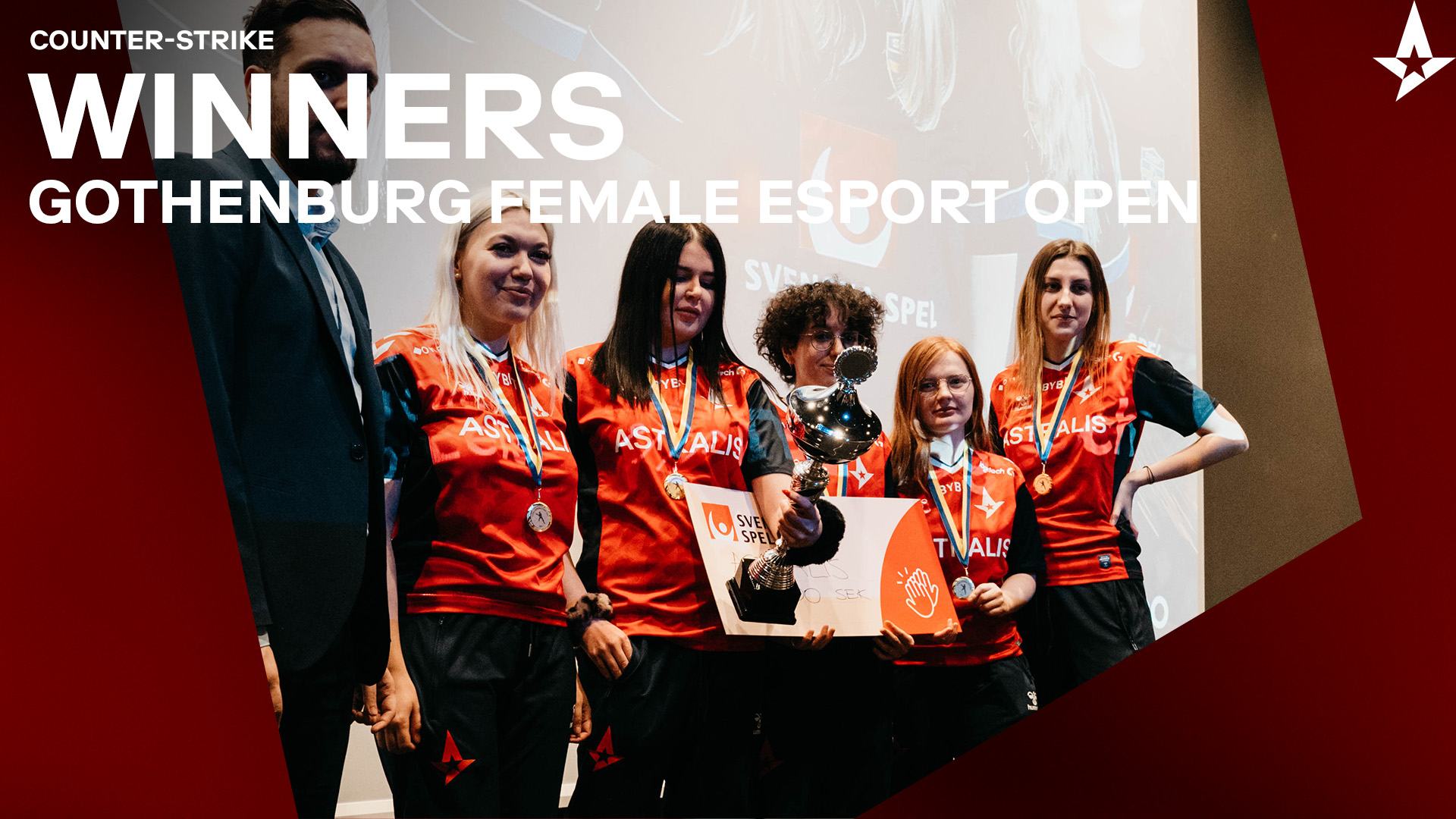 This Sunday, The Weaver hotel held the first nordic female CS:GO championship, Gothenburg Female Esport Open. Our CS:GO team traveled to show their prowess, with known opponents from ESL Impact, NIP, and Entropiq Queens as their competition. Next to the trophy and championship title, the teams competed for a prize pool of 50.000 SEK

Our first match against NIP on Dust 2 was a tense back-and-forth battle. Despite our best efforts, the NIP roster took the BO1 with three rounds to spare, putting us against Entropiq to fight for survival.

We just started our game against Entropiq 😳 pic.twitter.com/m27uwnjIBe

After a victorious series of raw firepower from our squad, Entropiq was out. We qualified for the grand final for revenge against NIP, but first, a show match between the Norwegian and Swedish national CS:GO teams, where Aurora starred on the Norwegian one. The home team, Sweden, took the game to the crowd's great pleasure, and Aurora returned to our team to prepare for the final match.

With a little bit of a delay, the squad is now ready to fight in the finals in Gothenburg, Sweden vs @NIPCS.

The clock hit 18:00, and we were live in the finals on stage. The maps to play were Nuke, Overpass, and Mirage.

On Nuke, we started behind, with NIP taking a solid lead. Seven rounds in, we had yet to take a round until our team turned the ship around. A lightning comeback awaited, putting us back on the board, edging out the Swedish counterpart, and taking the map.

After a 9-6 half on Overpass, we turned to the T-side to continue our momentum. Despite NIP's efforts to turn the ship around, it was not enough to conquer our team.

They have done it!

Next up for the team is to continue their good run in ESEA Open, where they will play their next match on November 25 against Kortbert Gaming.