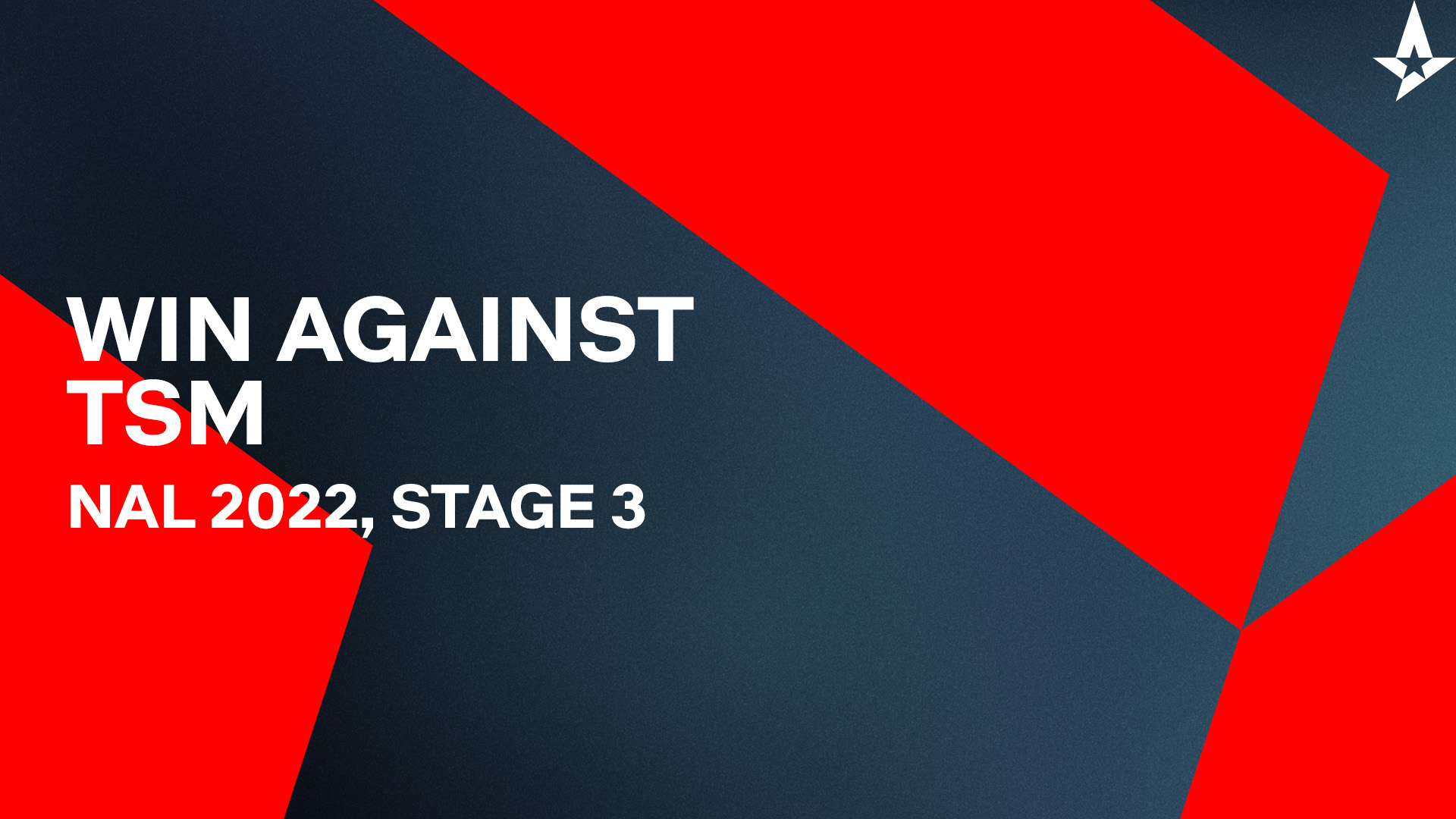 On September 20th at 23:00 CEST, our Rainbow Six Siege team collected their first victory in the third stage of the North American League 2022.

It all went down on the map Kafe vs TSM with the first half tied up at 3-3 thanks to an amazing attacking performance from the team and especially Dpfire.

We secured the win in the second half by only losing one round, making the final result 7-4. Forrest ended up being the MVP of the match with a 1.33 rating.

It's time to bounce back. They want to keep that #1 spot in #R6NAL@Astralisgg 7-4 @TSM // Kafe pic.twitter.com/X8GxD4oAzU

Our next opponent is beastcoast who we are facing September 21 at 21:30 CEST.