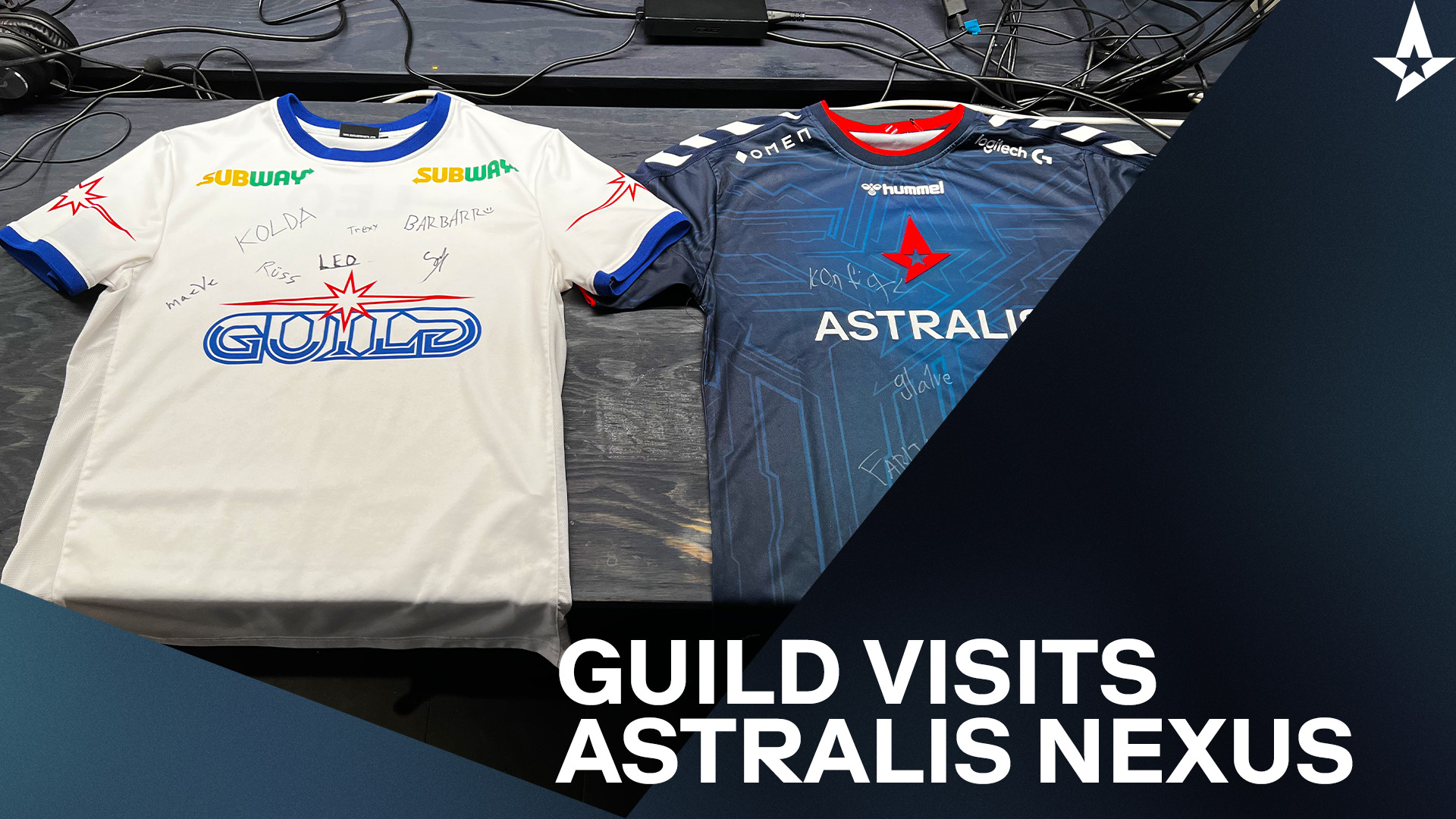 For fourteen days in May, we had the pleasure of housing our colleagues at Guild Esports in our home, Astralis Nexus. Here, Guilds' Valorant team and sorrounding staff bootcamped in one of our VIP rooms for the on-going group stage in VCT 2022: EMEA Challengers 2.

We facilitated their transport from the airport to their hotel rooms and ensured a quiet place to practice and perform on the best gaming gear available.

Equipped with our lethal OMEN 30L gaming PC's, Guild went head-to-head against M3 Champions, where they won a convincing 2-0 victory. One week later, on May 21, Guild Esports had another victory against BIG, going 2-1 from one of our four VIP rooms.

Between practice and official matches, the team was free to enjoy all of Astralis Nexus' other offerings like sim-racers, VR, and our presentation-friendly auditorium. We also got to celebrate Jose Luis "koldamenta" Aranguren Herrero, who had his birthday during his stay at us.

Thank you very much for the visit, we hope to see you again Guild Esports!