A New Look In The LEC 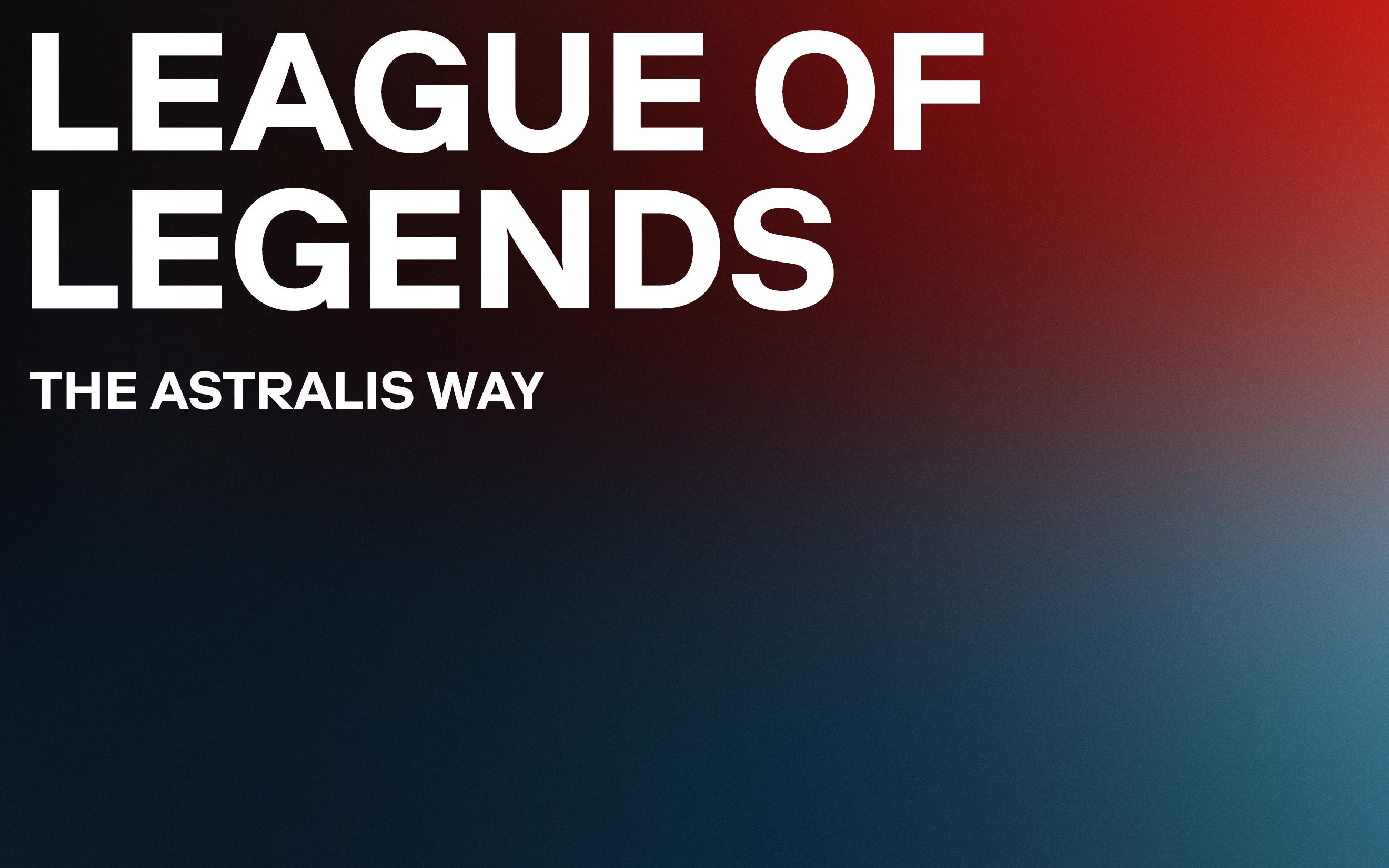 League of Legends: The Astralis Way

The Astralis League of Legends team will not only be playing in new jerseys with a different logo, everything around the team will reflect a new, yet well-known direction. This includes the organization around the team, which is being rebuilt to include both known and new faces.

The set-up is built around a strong structure, and a leadership with a clear vision and passion for the game. Based upon the Astralis culture and ambition to constantly progress as an organization, as a team, and as individuals, the core of the Astralis League of Legends organization will look as follows:

André "Guilhoto" Guilhoto’s role is yet to be determined, while Martin “Deficio” Lynge over the coming period will be stepping back. Also, Enrique “xPeke” Cedeño will step back while he remains a shareholder in Astralis Group.

- First of all, we need to thank Martin and Enrique for their massive efforts in Origen. They have been vital for our venture into League of Legends, and we part with them as active members of the organization with very mixed emotions. We needed to establish a new direction with a clearer Astralis footprint, and it was obvious to all, this would require real change.

- We wanted a coaching team with a clear concept and vision, with a passion to challenge the existing together with the new Performance Manager. We have found this in Alin and Bjørn-Vegar, who, together with Lars Robl, will have the responsibility to build a strong performance culture and clear playing style. Lars will be instrumental to the integration with Astralis’ performance model, as he over the past 2 years has been working with all our teams and players as our Sports Psychologist.

We wanted a coaching team with a clear concept and vision, with a passion to challenge the existing together with the new Performance Manager
- Kasper Hvidt

- The trio bring a lot of experience from each of their fields, and both Lars and Alin are very familiar with our way of working and our culture. We want to win, but we want to do it while we constantly strengthen our foundation and progress, as a team, and as an organization. Ultimately, we want to be a contender for the Worlds title, but just as with our Counter-Strike team, things will take time. For now, the focus is to build the strongest possible organization around the team.

Co-Founder Jakob Lund Kristensen explains some of the thoughts behind the change:

- Everything we have built in esports, has been based on the challenges, learnings, and success of Astralis and our organization around it. Today, Astralis is among one of the most advanced brands in esports, and we will bring a lot to the league and eco system. We have a clear identity, and on top of the existing, we will also bring completely new ways for fans to interact with a team. Some have been presented today, but much more is to come.

- Origen will always be a part of who we are in League of Legends, but at the end of the day, the relationship with the fans is what matters. If we can’t contribute with excitement, passion, or a reason for the fans to spend their time on what we offer, we have not created anything of any importance. We firmly believe that this change will allow us to bring much more value to fans of League of Legends, LEC, and our team.

We have a clear identity, and on top of the existing, we will also bring completely new ways for fans to interact with a team
- Jakob Lund Kristensen

- The Astralis brand is on a whole other level when it comes to the development of the brand and the opportunities around it. We have some really cool things in the pipeline, which will be revealed over the coming weeks and months, and we can’t wait to show the fans just what it is.

- We started our relationship with Origen as fans, and we were very humbled by the opportunity to bring the brand back. Despite the ups and downs, we feel like we have given it all that we could under the circumstances. We believe that the Origen legacy is really “all or nothing” and in this case, since it won’t be all, it will be nothing. Therefore, the brand Origen will no longer be a part of our League of Legends efforts, but the legacy will always be a part of our history.

- We need to recognize and thank everybody who has been involved, especially xPeke. We have learned a lot over these last two years, and Enrique has been a vital part of that process. We are super excited to have Enrique continue with us as a shareholder and a guidance for our League of Legends efforts, and I think this will also be a great opportunity for him personally, as his presence will be less out of obligation to the brand, and more around his actual desire to help and progress the community.

On the integration between the Counter-Strike organization and culture, Jakob Lund Kristensen comments:

- We have won a lot with our Counter-Strike team, but it has never simply been about winning; we want to do things the right way – for us. We want to champion constant progress in everything we do. We invest a lot in this, and we go all in. We bring something new, but something very Astralis to the LEC. We will do things our way, and we believe this is something the fans will embrace, when we roll everything out over the coming months.