Major Line-Up: gla1ve Is Back! 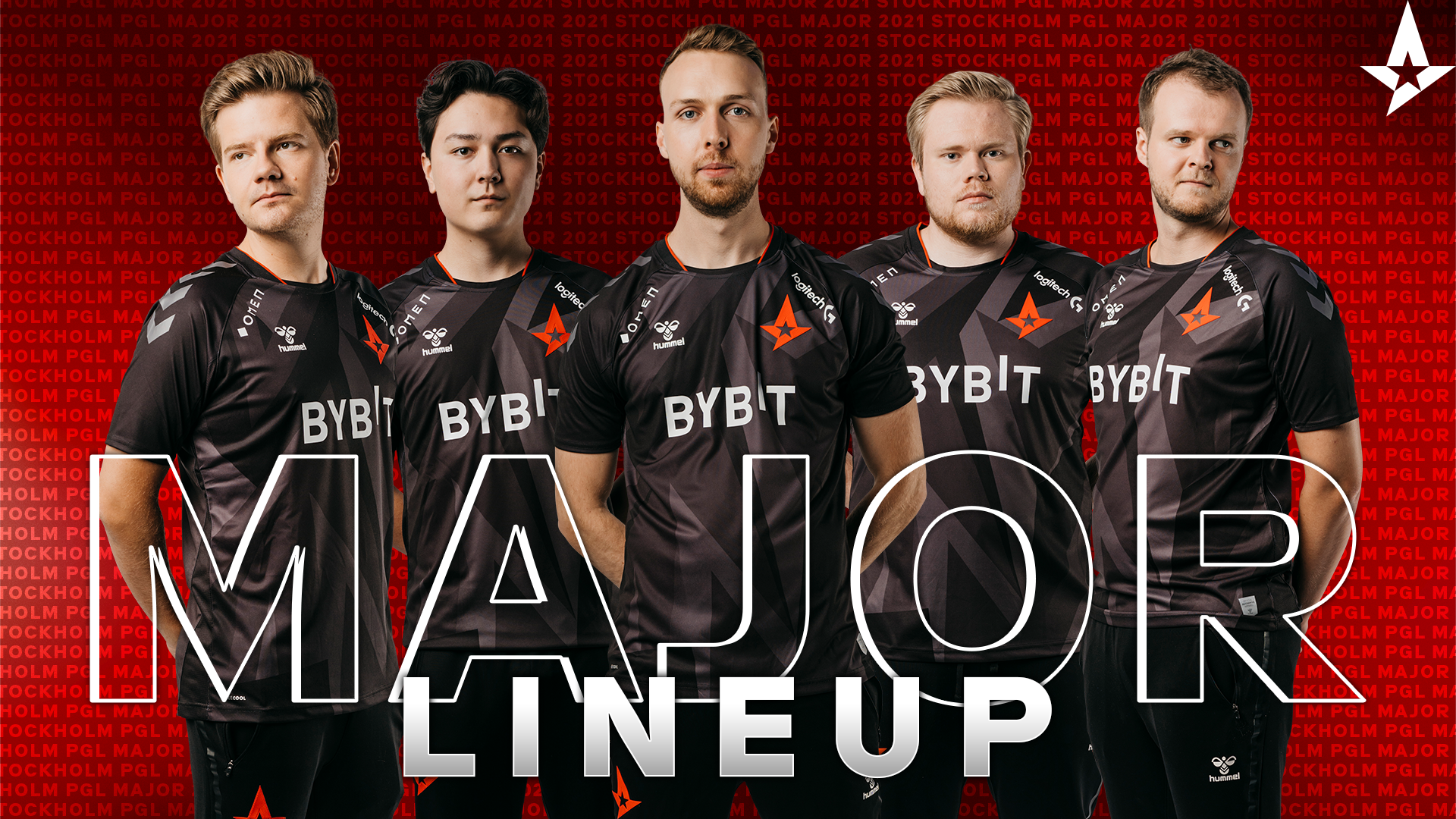 On 26th October the first Counter-Strike Major in two years is set to kick off in Stockholm. For the tournament, Astralis has decided on the following line-up:

For Lucky it will be the first-ever Major tournament, whereas Xyp9x and dupreeh are two of only five players who have participated in every single Counter-Strike Major in history, winning 4 of them together with gla1ve. Magisk has won 3 consecutive Majors with Astralis.

Bubzkji, who has been a vital part of qualifying, will be the reserve for the team.

- It is never easy to take a player out of the starting line-up and with Lucas, it can seem a bit unfair as, no matter the circumstances, he has been a true professional and always delivered his best on and off the server. Danny and I have had a good talk with Lucas about the decision. He is disappointed, but he also knows he is a big part of the team, and he will give his best to help out.

I have tremendous respect for a player and person like Lucas, however, we will always set the team, we believe has the best chances to go all the way - Kasper Hvidt

- I have tremendous respect for a player and person like Lucas, however, we will always set the team, we believe has the best chances to go all the way.

- With gla1ve, Xyp9x, dupreeh, Magisk, and Lucky we bring 4 Major winners and a young, raw talent, which gives us a great combination of young energy, hunger, experience, skills, and in-game cleverness that only a few teams can match.

- The team has done extremely well and under the in-game leadership of Magisk we have reached our goals by qualifying for BLAST in Royal Arena and for the Major. I don’t think everybody really understands how hard it is to do what the team has done, and now we bring back one of the best in-game leaders of the game, which gives Magisk more room to peak in his own game.

The energy on the team is very high right now and I can guarantee, we will bring our A-game to Stockholm - Kasper Hvidt

- gla1ve has spent his time with his family, but he has also had time to observe the team, competition, and the development of the game. He is back with a lot of new energy and ideas, and with 14 days to go, gla1ve, Danny, and the team have time to prepare and once again to raise their game for the biggest tournament out there.

- A Major is a completely different beast, and we know what is ahead of us. The energy on the team is very high right now and I can guarantee, we will bring our A-game to Stockholm, Hvidt says.