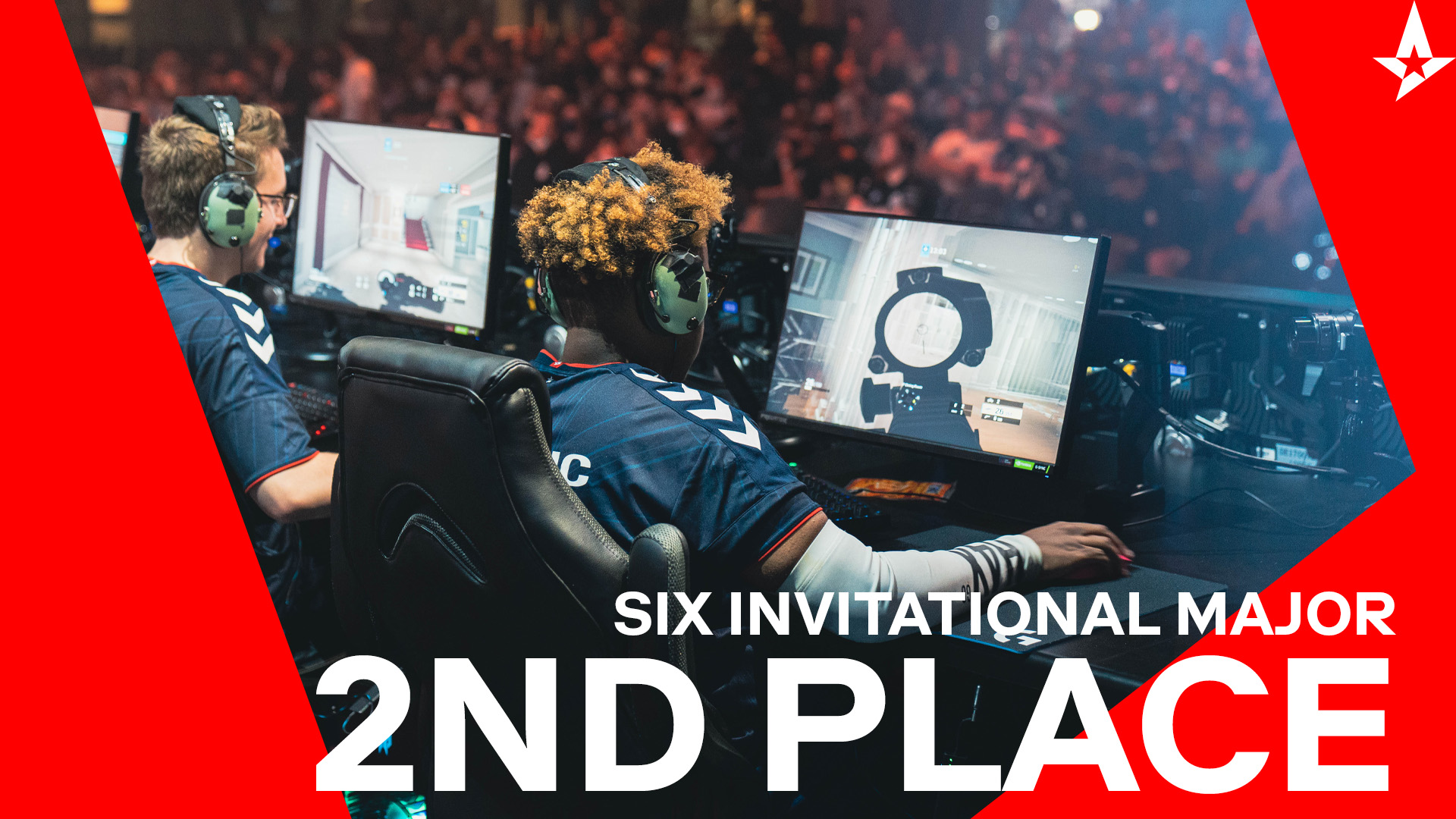 On May 22, 2022, our Rainbow Six team concluded their first major tournament ever, the Six Charlotte Major. Here, our team reached the grand finals against DarkZero Esports in a best of five on stage. The two American teams wrestled on the server in front of 2,500 fans, competing for the title of the world's best Rainbow Six team.

The match was close, leading up to the deciding and fifth map, Bank, after four intense matches on Villa, Club House, Border, and Oregon. Here, DarkZero had a strong offensive side, ending the grand final 3-7. Our team thus ends their first major with a stunning performance, 2nd place, and $80,000 in prize money.

We finish the #SixMajor in 2nd place after an intense 2-3 Grand Final. GG WP @DarkZeroGG.

Proud of how far @AstralisR6 has come in a very short time span. Next time!#AstralisFamily pic.twitter.com/hWa6t08hNM

- We have teams and players in five of the biggest esports titles in the world, and our Rainbow Six team is our newest investment.

- We launched the team as early as Fall 2021, and we have already managed to reach the grand final in our first major ever. That is an absolutely amazing achievement, and it bodes very well for the future.

After returning from Charlotte, the players will rest and continue practicing in preparation for the next stage in the NAL.