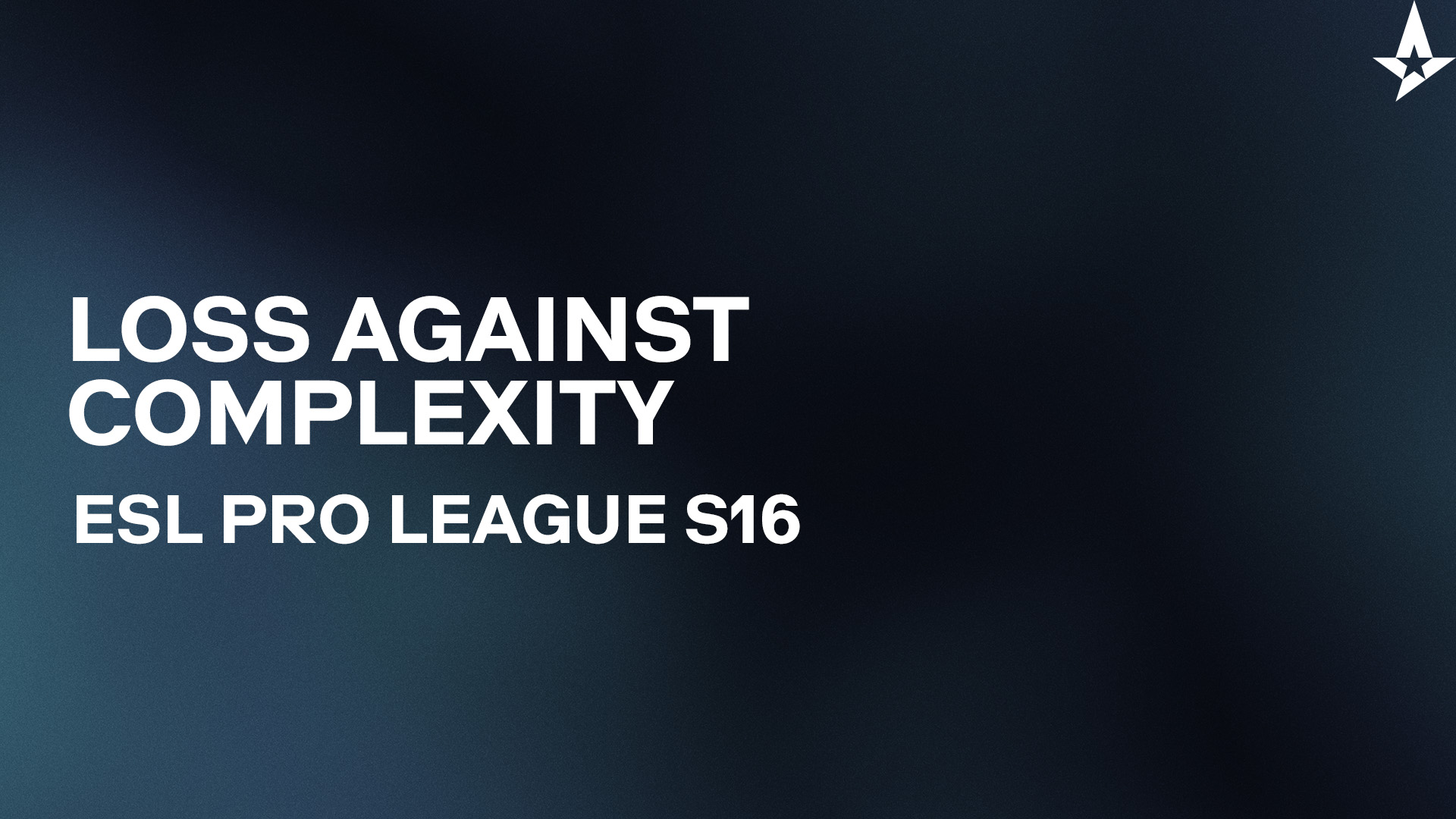 Our ESL Pro League Season 16 debut match against Complexity has just ended, and what a mammoth game it was!

The first map of Inferno was a solid affair, which we won 16-9, but from there, things started to get messy. The second map of Nuke was our map pick and we were off to a fair first half leading 9:6 as Ts. The second half turned out to be a true test for the boys, who struggled to close out the map on the CT side allowing Complexity to take the map to overtime. This was the beginning of a never-ending Nuke that somehow spiraled into triple overtime with both teams fighting tooth and nail for a victory. Despite some very close opportunities to take the win on Nuke the victory unfortunately slipped away from us as Complexity managed to close out second map 25-23.

Third map was Dust2 and started out to be a very even match with the first half ending 8:7 in our favor on the CT side. Unfortunately we lost our footing on the T side and Complexity closed out the 3rd map with a 16-11 victory ending the series with a 1-2 loss to Complexity.

Even though we lost our debut match in the group stage of ESL Pro League Season 16, we still have a lot of exciting matches coming our way this week. We are certainly looking forward to take on MOUZ tomorrow, September 15th at 12:30 CEST.

Enjoy Lukas 'gla1ve' Rossander as a Dual Berettas-cowboy as well as some clutch minister magic below:

Only @Xyp9x can Glock someone so hard that they do a backflip.#ESLProLeague pic.twitter.com/Ts2btmlZ3T

We start out EPL 0-1, but there are plenty of opportunities to pick up some W's