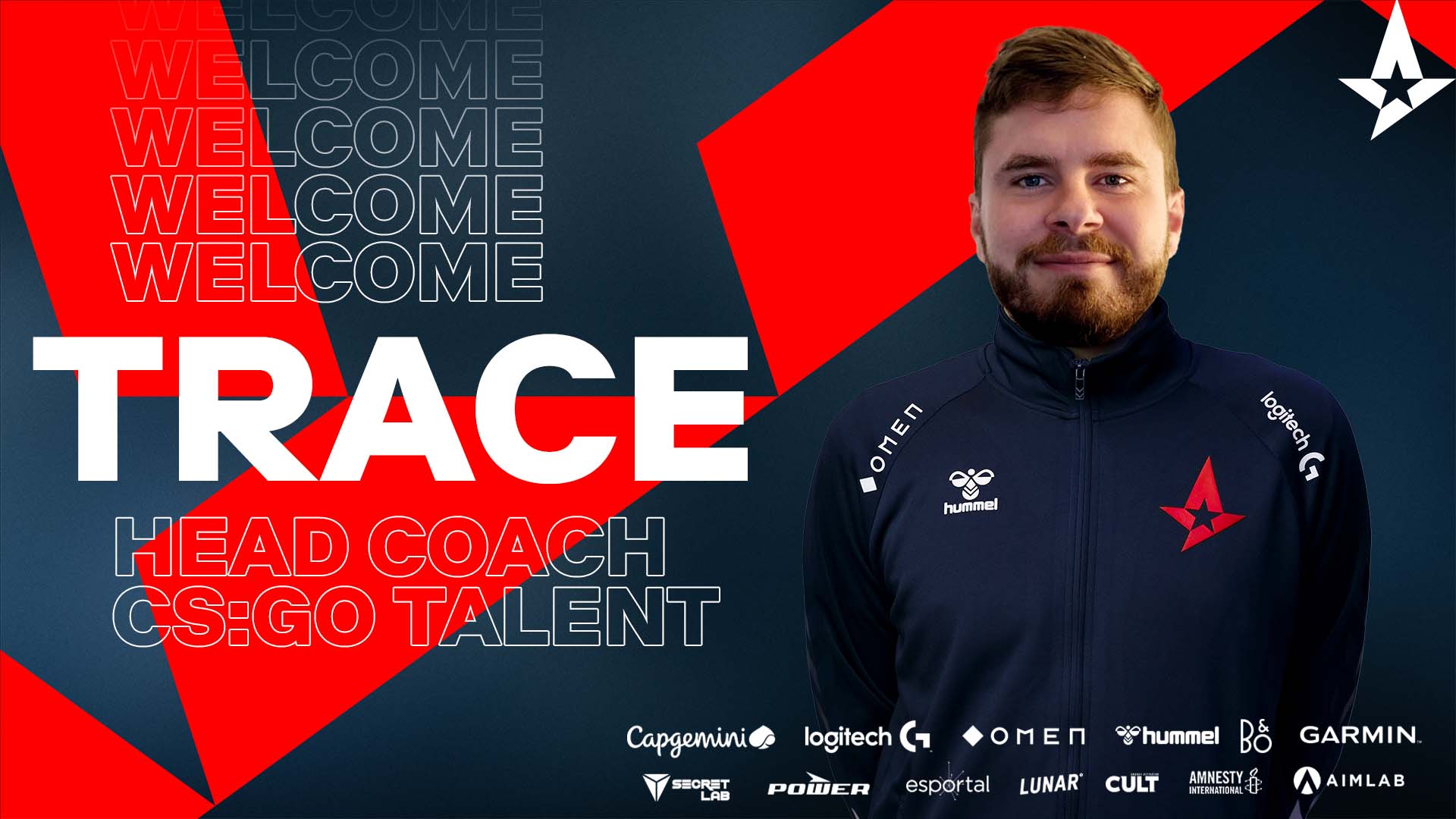 When Astralis Talent opens the 2022 season in WePlay Academy League, it will be under new leadership as Martin "trace" Heldt has been brought in as the new Head Coach. Martin replaces Dennis "VNG" Vang.

- We launched Astralis Talent with a clear goal to build a new way of working with young talent and gradually bring the team and players closer to our main team and set-up. Dennis "VNG" has done a tremendous job in building the structure and culture of our Counter-Strike Talent, and we have been very satisfied with what we have accomplished in this connection. We stand on a very strong foundation, which is in many ways due to Dennis' hard work and dedication. On behalf of everyone in Astralis, I want to thank Dennis for his invaluable contribution to Astralis and Astralis Talent and his time here. Dennis will stay on board for the coming months to ensure a smooth transition.

... with Martin, we will see our Counter-Strike Talents grow and reap the fruits of the work that has already been done - Kasper Hvidt

- After only 12 months, we now have a strong infrastructure and talent set-up. We are able to take the next steps, which include players under full-time contracts and a deeper focus on the individual players and playbook. Hence, we now bring in Martin "trace" Heldt as the new Head Coach of Astralis Talent, Counter-Strike.

- By bringing Lyngby (now Ecstatic) all the way to number 21 in the world, Martin has already proven his capabilities as a coach. We share a common view on culture, performance, and dedication. I am convinced, together with Martin, we will see our Counter-Strike Talents grow and reap the fruits of the work that has already been done while also developing the set-up team and individual players, says Hvidt.

- I'm thrilled to be able to call myself an Astralis Coach. It's no secret that I have had several other options, but with the project Kasper Hvidt and I have discussed, the resources Astralis brings to the game, and the way they work as an organization, it did not take me many days to say "yes."

- Everybody knows who Astralis is and what they stand for. In that way, it is a no-brainer for most to say yes, but for me, it is just as much about the fact that there is a potential, a plan, and clear ambitions for the team I am to lead, both in regards to the overall structures, the development of the team and individual players, but also when it comes to tournament performance.

- I come with a lot of thoughts and ideas, Astralis has both the tools and strong performance culture, and I see a team with players who can achieve a lot if we do things right. It is up to me to make sure we do just that, so we also start seeing results both in the Danish POWER League and internationally, says Heldt.