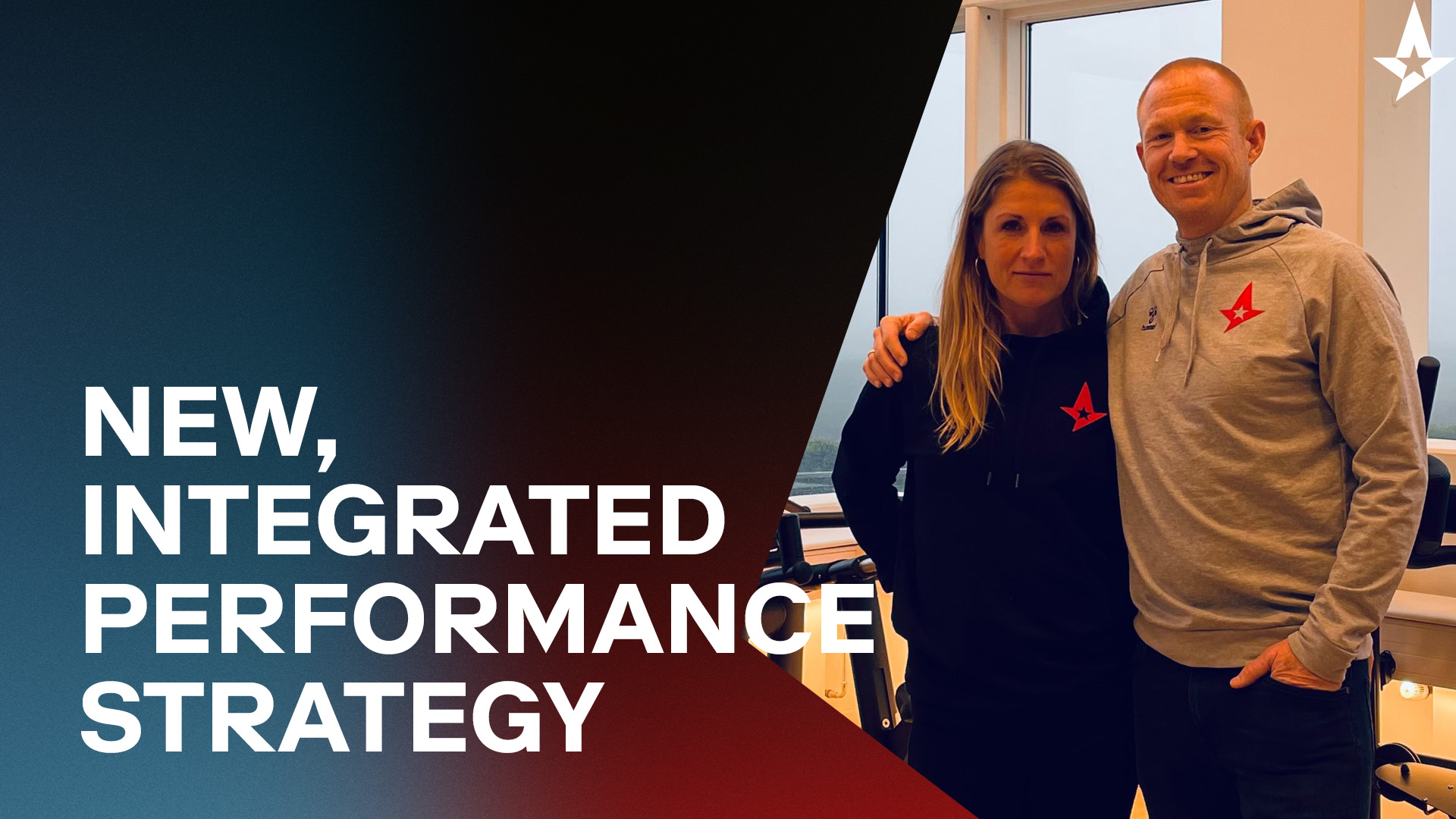 Performance and health have always been cornerstones of the Astralis culture and philosophy when building a long-term foundation for success and results.

As part of a renewed, integrated strategy to mental and physical performance, Astralis expanded the contracts with Performance Coaches Mikkel Hjuler and Signe Find in October. They have taken over as 360-degree Performance Coaches, responsible for the Pro Players' overall physical and mental balance.

The new strategy is fully implemented and in function from January, where new rosters in League of Legends and Counter-Strike opens the season.

- When we first started, the focus on mental and physical health was basically non-existing in the esports universe. Some Asian teams had introduced mental coaches, but we walked on untouched land for the most part. When I joined Astralis, we already had a psychologist, and we since added or used a range of experts, including Physios, a Dietist, a Body SDS therapist, Physical Trainers, a Team Doctor, a Sleep Analyst, Opticians, On Stage Performance Coaches and more.

We have come a long way since the beginning, but I genuinely believe we are still only scratching the surface in esports - Kasper Hvidt

- We strongly believe this approach is vital when it comes to reaching your best performance level and extending your ability to stay on top of your game and reach the level over and over again.

- We have come a long way since the beginning, but I genuinely believe we are still only scratching the surface in esports, and we have certainly made decisions we needed to rethink along the way. For one, during the Spring and Summer of 2021, it became apparent that we needed a more integrated strategy around the mental and physical aspects of performance. We prepared and made a change in the performance organization with the aim for all players not just to perform but that everybody is on the same page and motivated to take the next steps in their development.

Therefore, we upgraded and extended the Performance team with 360-degree Performance Coaches, who will have the tools to work with all aspects of the players' training, both physically, mentally, and everything around the game. Mikkel and Signe will be leading the Performance Team, which on a permanent basis since early this Fall has included our Team Doctor Nikolaj Rindom, Body SDS Therapist Erling Andersen, and Reflex Zone Therapist Søren Malling.

- The group has started working with the teams, and from January, the changes take full effect, initially focusing on the new Counter-Strike and League of Legends rosters.