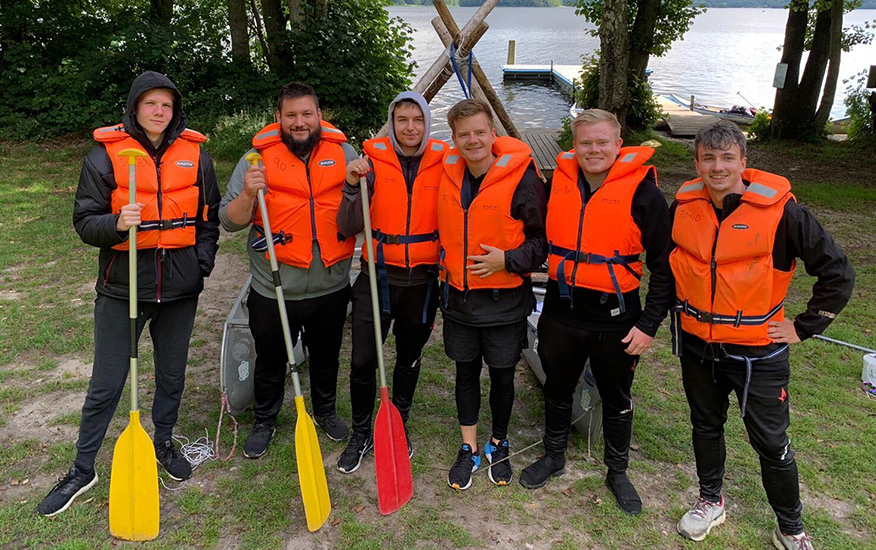 For the Astralis team, preparing for ESL One Cologne started with a two-day bootcamp off the grid. The players knew when and where to meet up, but everything else was kept in the dark, as they embarked on their 26-hour trip into Jutland’s nature. The secrecy followed the theme of the bootcamp, namely facing the unknown and living with uncertainty. With all tournaments moving online due to COVID-19, and the newly expanded 7-man roster, new challenges are likely to arise. The purpose of the trip was to teach the team how to deal with these uncertainties, and not to worry about the things they cannot control.

At the beginning of the trip, each player was given a backpack with the bare necessities, while phones and other electronics were not allowed. The trip then started with a 25km bike ride following a printed map of the area, which they navigated to the best of their abilities, though with a few complications from time to time. During the day, the team had to solve multiple navigation exercises with maps, compasses and simple GPS trackers.

In the afternoon, they switched from bikes to canoes, and took on the next challenge on the water. In two teams of three, they paddled 12km, and while it was supposed to be a race to the finish-line, the two teams ended up paddling in completely opposite directions. While the navigational mishap may have pushed the schedule a bit, the exercise was successful in the end, and all players reached the campsite just in time for a well-cooked meal in their bootcamp tipi.

They spent the night by the fire in the tipi, though not in peace, as the early morning hours brought even more teambuilding exercises around, and before long, the boys could be found building wooden pyramids and searching for underwater buoys from their canoes.

By the end of the trip, the team had made it through multiple teambuilding exercises, on land and on water, using both their minds and physical strength to get them through. And while they were all more than ready to bike the 25km back, they were rewarded with a taxi ride to take them home.