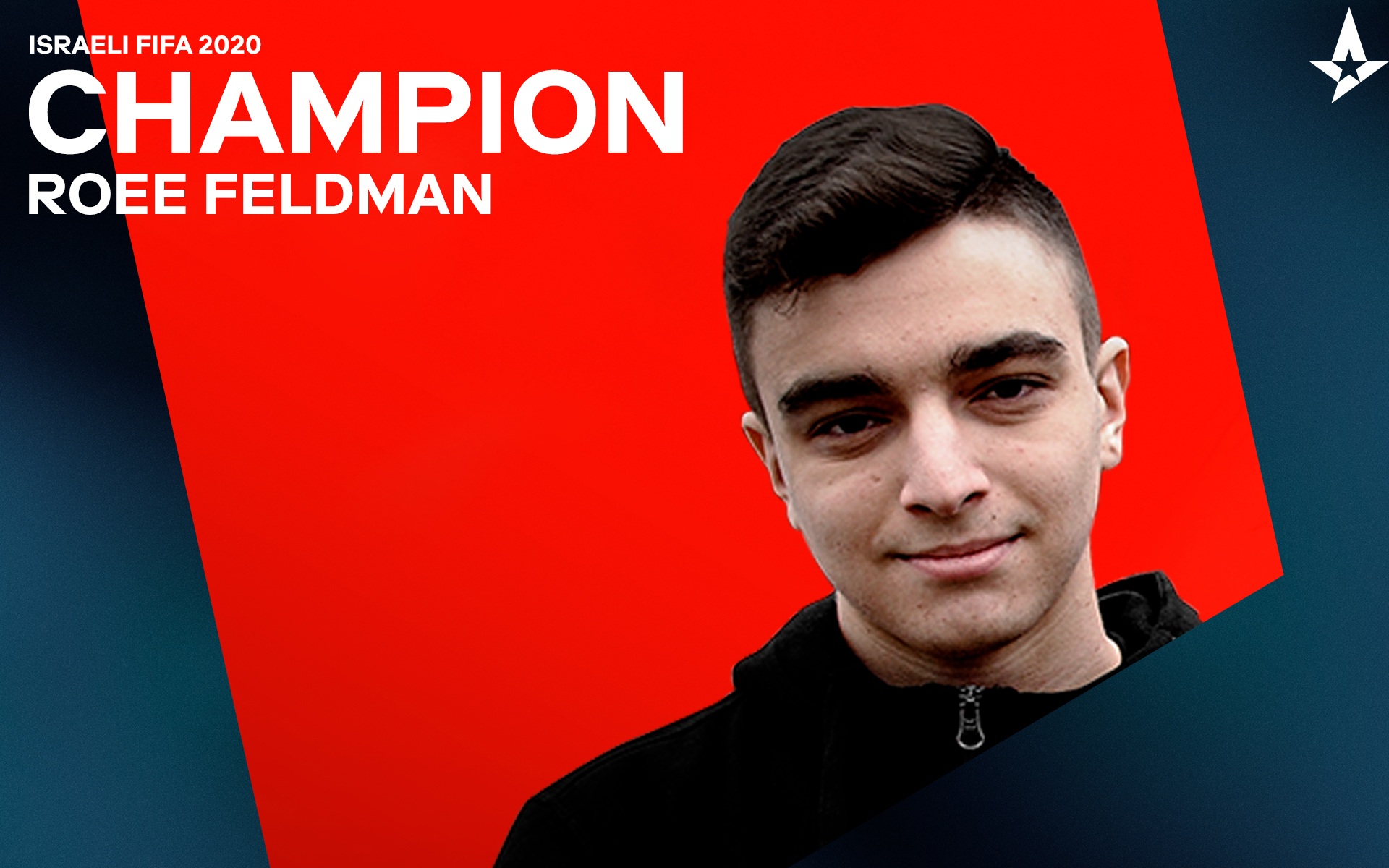 Back to back Israeli Champion

For the second time under the Astralis organization, young Roee has cemented the fact that he is the best Israel has to offer. On October 4, Roee played the Israeli FIFA20 Cup against some of the region's biggest names like Nimrod Horowtiz and Meir Edrin, while defeating Yuval Beli in the Grand Final.

Roee won the FIFA19 Israeli Cup as well, making him the back-to-back champion of the country.

- In the FIFA19 cup, I didn't feel like the greatest players were there so it felt easier than it should have been. But in the FIFA20 Cup the opponents were really, really good, making this win very important to me.

- This is my first title since changing from Future FC to Astralis and I'm just really happy to be able to contribute to the already impressive championship history that this organization has. Soon the FIFA20 season will start up on a more global scale and I feel like I'm coming into the season with a lot of respect from my opponents after what I've shown with this tournament.

Roee is ranked 1st in Israel and the 32nd best individual FIFA player in the world.