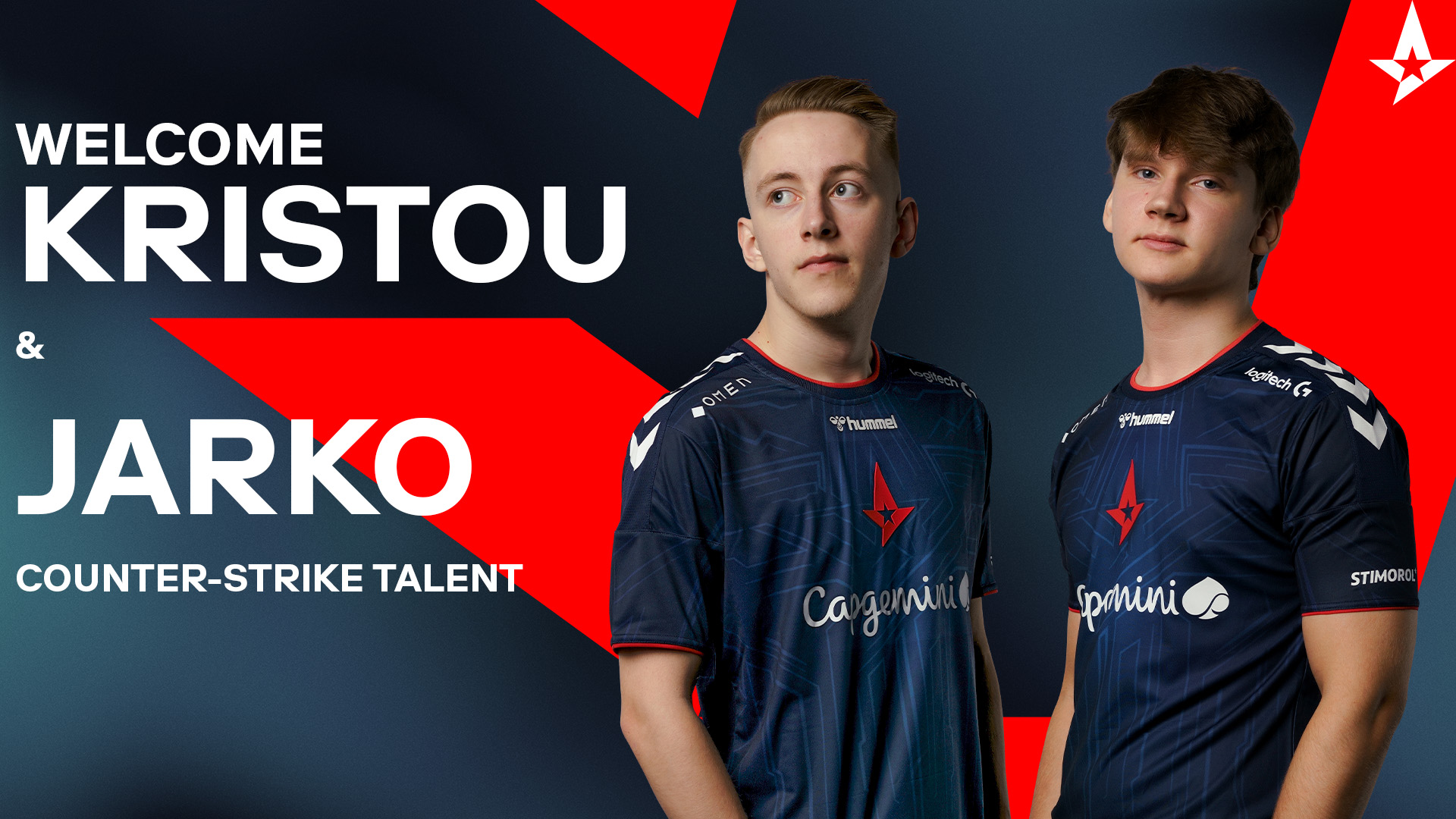 Our talent roster in Counter-Strike just finished their fifth season of the WePlay Academy League, the biggest and most important league for aspiring Counter-Strike talents. Our team has been performing very well with our second playoff spot in a row, according to Director of Sports Kasper Hvidt.

Now, it is time for fresh faces in the academy roster; therefore, we will say our goodbyes to Benjamin" brzer" Jensen and Frederik "fessor" Sørensen.

- Benjamin has been performing very well during his time with us. Our main team did not need a profile like Benjamin's at this time, but he is a very talented player, and we are happy to have been able to make a good deal for all parties with ECSTATIC.

- Astralis will also be saying thank you and goodbye to Frederik "fessor" Sørensen, whose contract has been terminated by mutual agreement.

- Frederik holds a ton of talent, which we mutually agree can be developed better elsewhere than with us. We recently found a suitable replacement for him who we expect a lot of, so now is the right time. We are very grateful for Frederik and his time with us, and we wish him the best in his future.

- We are signing two new players from the top of the Danish talent scene who both have plenty of official match experience.

- Nicklas is 18 years old and has proven his high skill level by winning the Danish POWER Ligaen championship. Kristoffer is 20 years old and has played several matches for both AGF and North against some of the best teams in the World. I think those achievements speak for themselves.

- The goal for Astralis Talent is to develop players as individuals and team players. We want Astralis Talent to be an internal recruitment platform with players who can support our main team and develop into players who are ready to play on a higher level, either with us or someone else.

- We've succeeded in doing this for Frederik "fessor," who has played as an official stand-in on our main team, and Benjamin "brzer," who we are now transferring to one of the top Danish teams, ECSTATIC.

- In brief, our Academy is about developing talent, and I can't wait to see our two new players do just that.

The roster changes are enacted immediately.