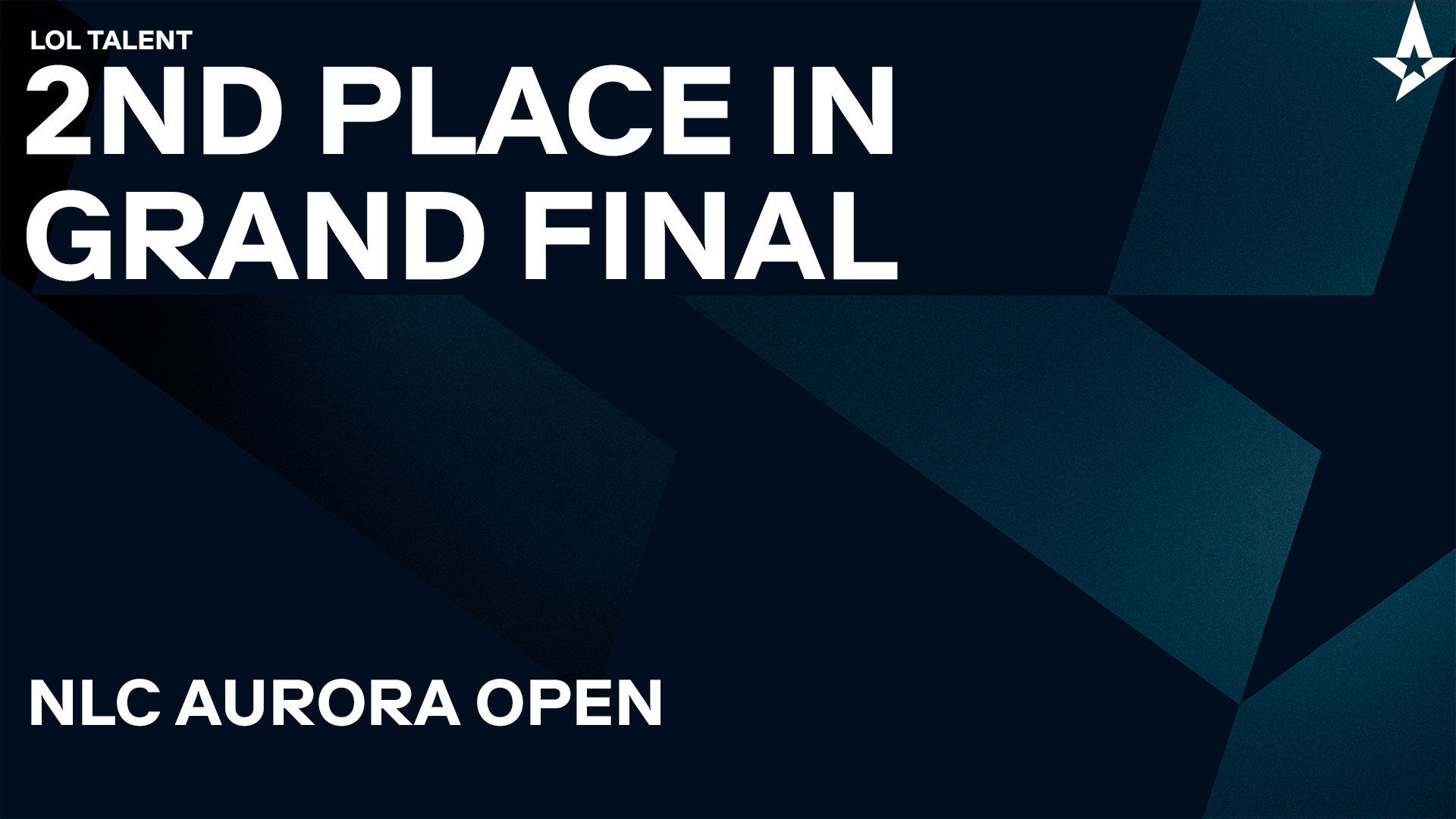 Our League of Legends Talent team reached the final in NLC 2022 Aurora Open but sadly lost 0-3 in a best-of-five match against Dusty.

Aurora Open is a tournament that started with 32 participating teams competing in a best-of-one Group Stage. In Group G, Astralis Talent achieved 1st place with five wins and one loss.

Our win streak continued in the Quarter Final against RATE Gaming. A clean 3-0 score in a bo5 fixture led to a spot in the Semi-Final.

.@AstralisLoL are on fire in the Aurora Open! 🔥🔥

They will take the series in a dominant fashion, and head on to the next stage! #NLC pic.twitter.com/YkkfbSoFDV

On the 7th of November, we met JDXL in a best-of-five match which came down to the wire. Our opponents took the first game, but our athletes responded well by winning the next two.

JDXL wasn't done playing either, which meant that we were going the distance. Our players showed remarkable resilience by claiming victory with an overall score of 3-2.

After a truly incredible series, @AstralisLoL will be crowned the victors!

They will advance to the Grand Finals, and face the winner of @dustyiceland and @RiddleEsports this Sunday. #NLC pic.twitter.com/0wE1pF5OWg

Unfortunately, despite a tremendous tournament, we couldn't close it with a win. Dusty came out as winners in the Grand Final, which ended 0-3 in their favor.

Today, @dustyiceland proved to be the better team as we fall in the Grand final of the Aurora cup.

Overall, we are proud to show that our hard work has paid off with a 2nd place finish. However, today wasn’t enough.

A second place and 2.000 euros were claimed by Astralis Talent, which we are incredibly proud of.