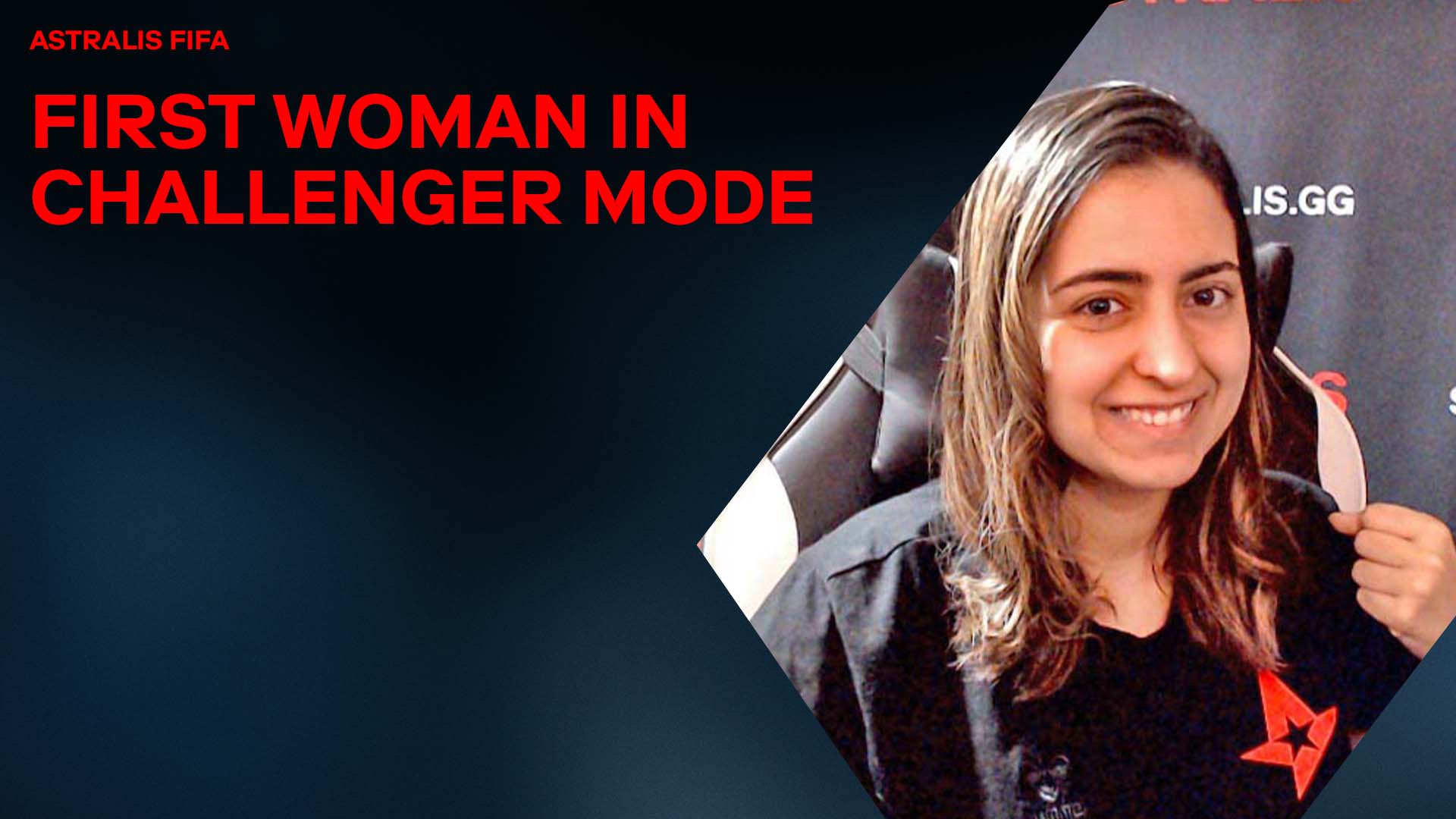 Teca: "I've been preparing for a long time"

- I am so happy about this as I have been preparing to play a qualify for a long time- Honestly, it is thanks to hard work I managed to do it and it feels really, really good!

- The current classification model is by division rivals, where I made the 2118 points, which was enough to play the qualifiers.

I had a good feeling after I won the last game, but I did not know for sure I qualified, Teca

- I had a good feeling after I won the last game, but I did not know for sure I qualified, as I had to wait until everyone who plays in South America got their points. But looking at the scores of the other qualifiers, I felt good about my result.

This is it! @astralisteca will be the first woman in the world to play an ofc @EAFIFAesports tournament as she qualified for FUT Cup #3! ✍

We are proud to support this vision since the beginning.

Now I am here and I will do what I can to also break the next record and ceiling!

- Being the first female player to qualify means a lot to me. I have worked for this for along time, and even though there shouldn’t be a difference it does mean a lot to prove that we can play and be a part of the competition on equal terms in a game I love so much.

- Next up is the qualifiers on the 16 and 17 of this month. I don’t know the opponents yet, but it does not matter. Now I am here and I will do what I can to also break the next record and ceiling!

Teca signed with Astralis in October 2019, qualified for Elite Division in October 2021 and is also the Women's World Champion during her time in the organization.