Preparations For The Summer Split Is Well Underway 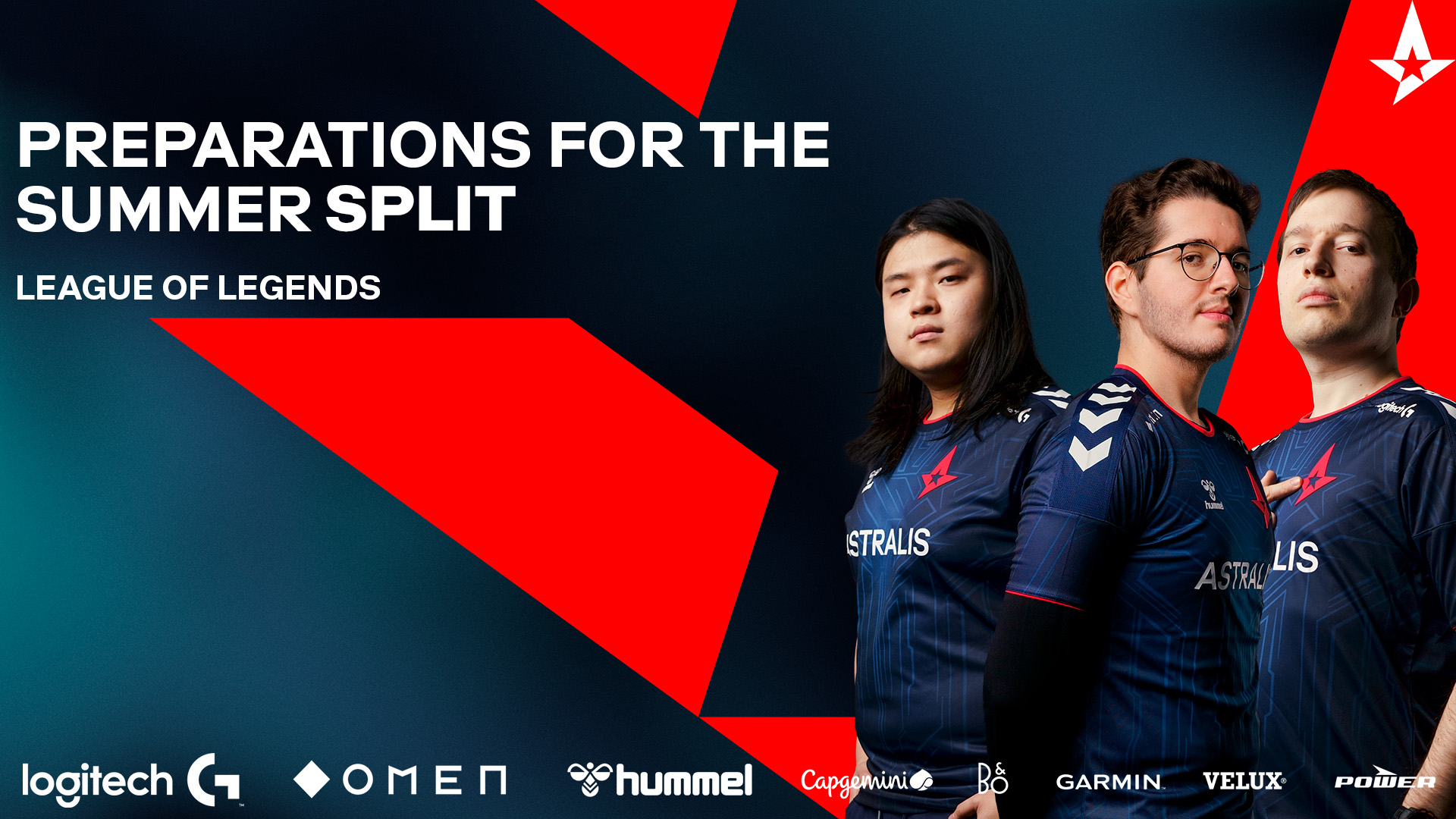 With the 2022 Summer Split slowly approaching and the preparations underway, we wanted to take the time to update the #AstralisFamily on where we are and what we are working on.

Therefore, we decided to ask our coaches, Baltat "AoD" Alin-Ciprian and Bjørn-Vegar "Hansen" Hansen, some questions about the team and players.‍

What does this new constellation of players bring to the table?‍

- First of all, we have high individual skills on all players with an even higher skill ceiling. With the addition of Xerxe and Vizicsacsi, combined with kobbe, we already have a good atmosphere on the team because of their history together, which spreads to the rest of the group.

- We really like all the pieces we have on the team, and they fit well together. It feels like this line-up is more well-rounded - inside and outside the game.‍

You mentioned you think all the pieces on the team fit well together; how does each player complement our vision for Summer Split 2022?‍

- With our topside in Vizicsacsi and Xerxe, we get a lot of reliability, leadership, and stability. Xerxe also brings a lot of creativity and versatility that helps us create direction in the game and opens up our strat book.

- Dajor brings a lot of playmaking and clutch moments. He is kind of the x-factor on the team and has been working a lot on becoming more consistent with continuing to build more around him.

- Our bot side has many strong points: We have kobbe, our most consistent player, who is eager to show more than he did last split. JeongHoon brings some insane playmaking and craziness with him. He has done some crazy stuff in scrims already, and we started calling him 'Korean Hylissang' because their playstyle is similar. He has great energy and mood, too, despite the language barrier.

‍How is the process of getting JeongHoon integrated into the team going?‍

- He has progressed a lot with in-game comms, and it's already at a decent level. He understands most of the calls with fewer mistakes than in the beginning. He is also becoming more comfortable making his own calls and finding ways to get his thoughts across in-game.

- Outside of the game, it's a bit more challenging, but he is doing a lot of English studying independently and has had some English lessons. We use translation apps when needed, and he wants us to read them aloud to remember the phrases and pronunciation. He has shown a lot of dedication to learning English, and it's heading in the right direction.‍

- We see consistent positive results. We are already seeing improvements in our early game and are playing with a lot of confidence.

- We started our preparations early this split to get a headstart, and we keep seeing a lot of progress, and we're having a lot of fun in the games.‍

What kind of playstyle do we hope to see when Summer split starts?‍

- Not to repeat myself here, but our clear weakness in the last split was in our midgame. This split, we started from the bottom, doing a lot of the same stuff in the early game as we did in Spring, but now have a higher emphasis on improving our midgame decision-making.

- Therefore, LEC fans should expect a strong and aggressive early game that (hopefully) transitions into a stronger mid-game than in Spring.

- When that is said, we want to keep things simple in the beginning. Our primary focus right now is on getting a strong start for our Summer split. We are starting our preparations early, which means we have a lot of time to prepare. Our goal is to be confident coming into the first week of Summer and be able to transition that into more positive results further in the split.