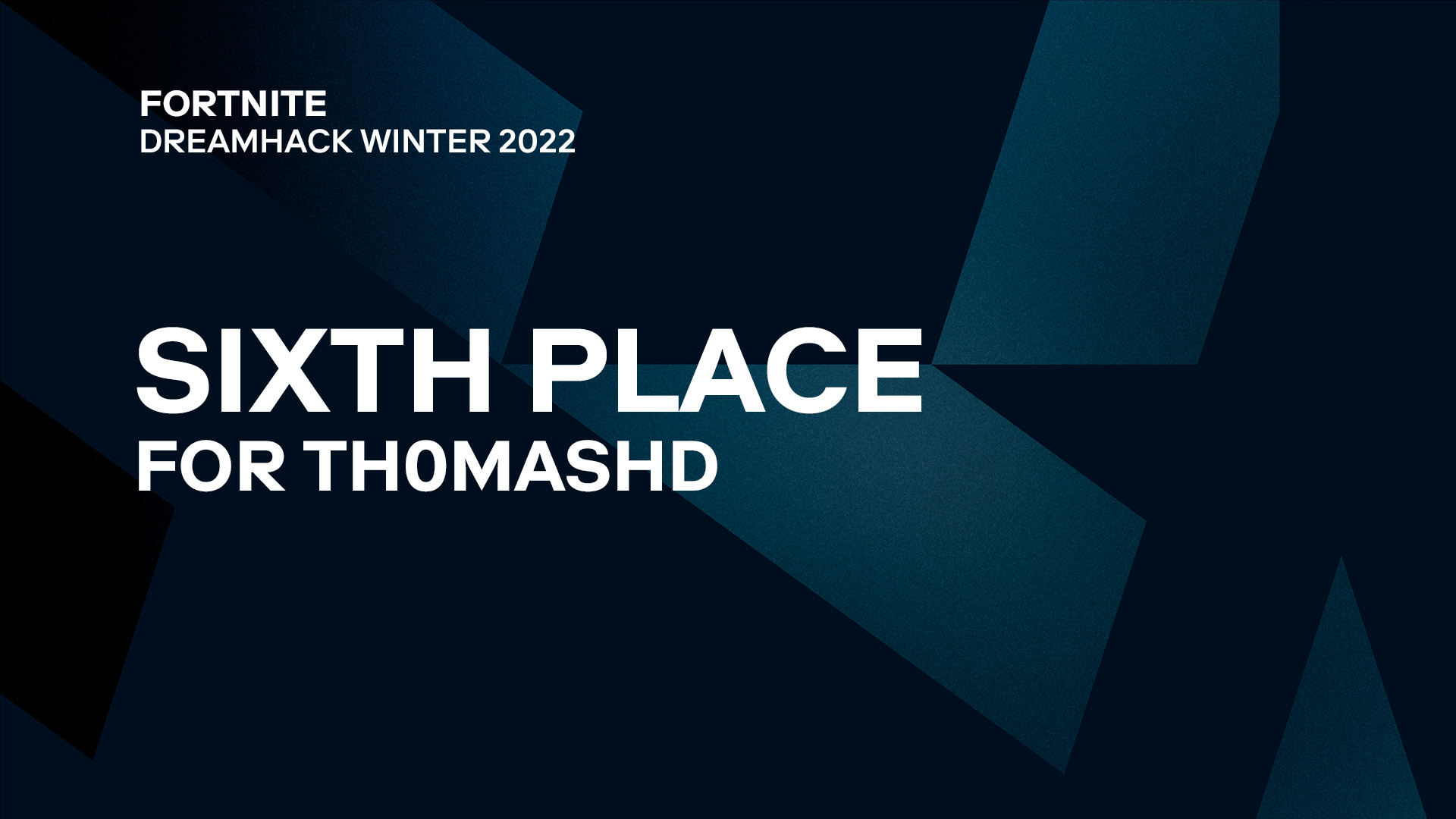 After a weekend of intense solo gameplay in Fortnite at Dreamhack Jönköbing, Th0masHD ends with a victory in the final game and thus clinches a total of $4.000 in prize money and a well-deserved sixth.

The format was set to contain four qualifying heats, where the top 25 from each heat qualified for the final 6-match battle.

Heat 1 and 2 didn't go the way Th0masHD wanted, and we caught just after the successful third heat to hear what he changed to make it to the finals.

‍- It's a different game to play solos; we have yet to practice solo play that much.

- I had to learn from the first two heats and adapt to the different playstyle. I did great in heat 3.

In between the intense competition, we set up a 1v1 station for fans to enjoy between their own games with HP OMEN.

In the finals, th0masHD played a solid game, and it was the final map that pushed him up the ladder and into the top six

Check out the final moment of the penultimate match, where th0masHD managed to secure the victory.

This marks the end of this season, while the Fortnite community awaits whats next.