We Take Down Mouz 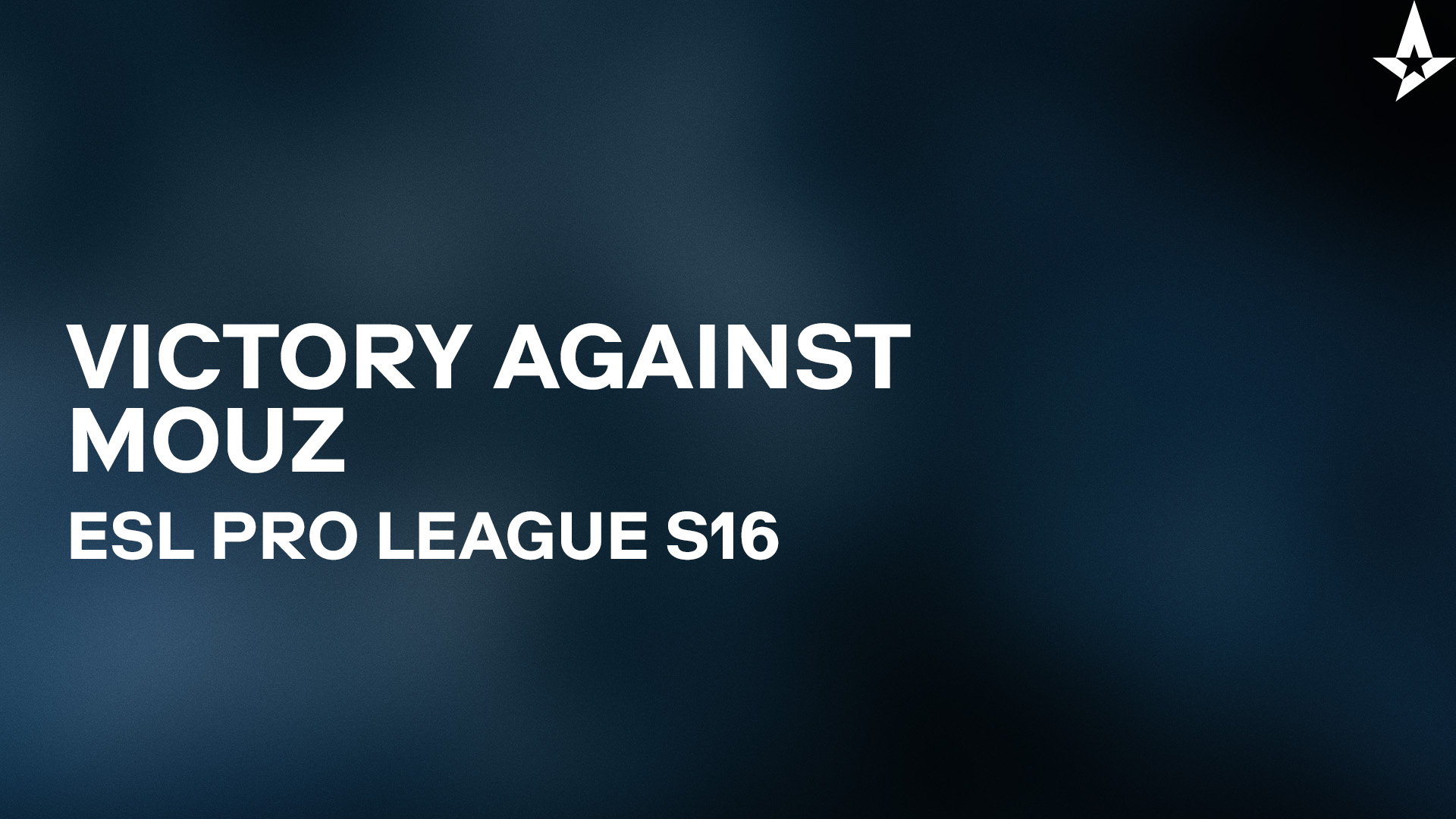 Following an unfortunate loss against Complexity in the first of Astralis' Group Stage matches at ESL Pro League Season 16, the boys had a lot to prove in todays matchup against MOUZ.

The game started off on MOUZ' map pick, Inferno, where massive displays from Farlig and blameF secured Astralis a comfortable 16:7 win. With positive k/d ratios on the whole team, Astralis confidently went into their map pick, Nuke.

Despite previous dominations on Nuke, Astralis narrowly claimed a 16:14 win against a well-playing MOUZ. Both gla1ve and Farlig ended with impressive scores, but this time it was k0nfig's time to shine. With a score of 31-19, k0nfig proved monumental in securing the 2:0 victory over MOUZ.

With the victory over MOUZ, Astralis go into tomorrow's match against HEET with a Group Stage score of 1:1. Don't forget to tune in tomorrow at 12:30 p.m. to show the boys your support!