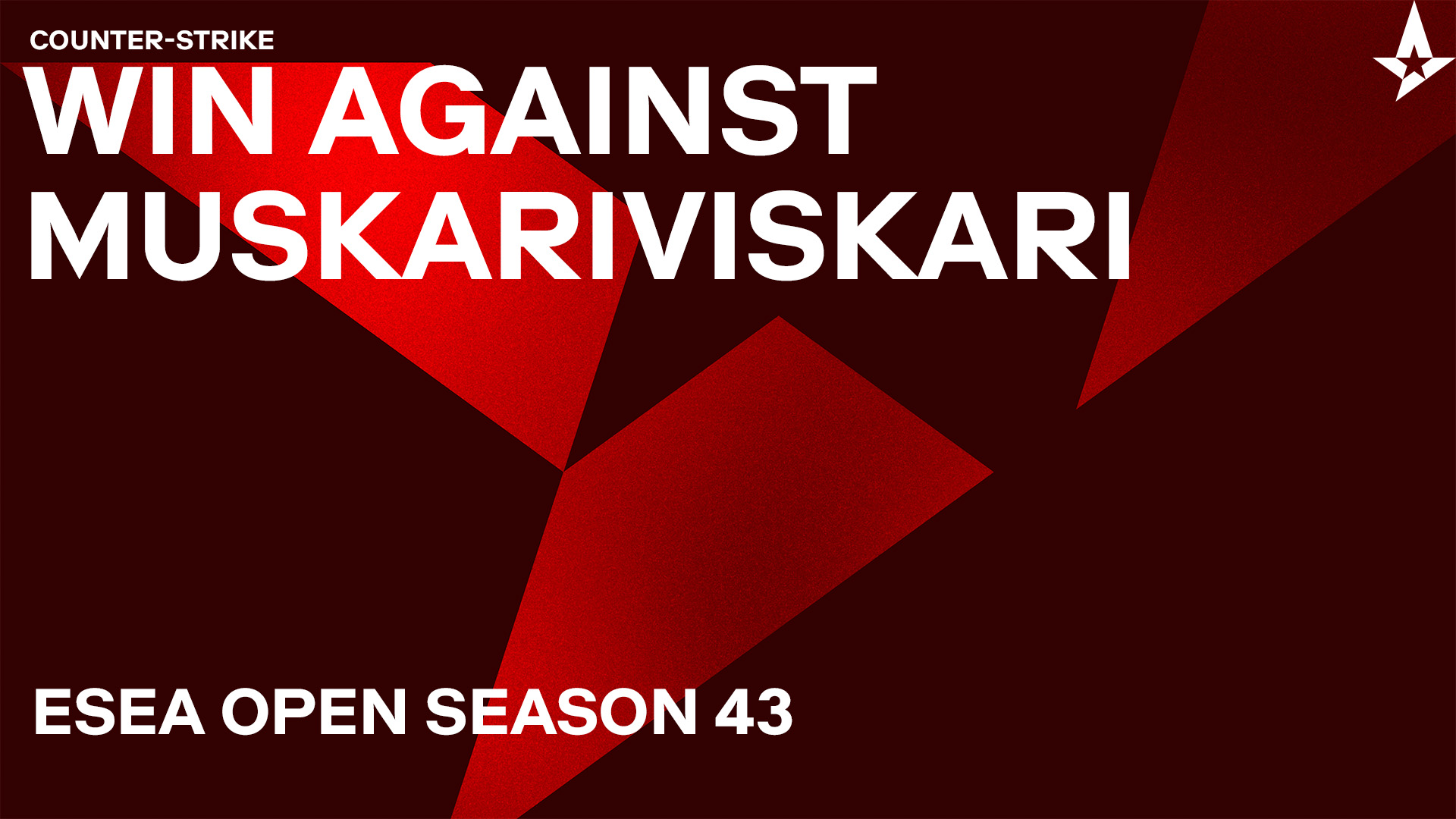 After a 6-16 defeat two days ago on Nuke, the team was eager to prove themselves on the map, which they fulfilled yesterday with a 16-13 victory.

By winning this match, we move up 57 rankings in the ESEA Open Europe Division, placing Astralis in 225th place. The top 192 teams are qualifying for playoffs, which we are definitely striving to reach.

During the playoffs, the teams ending in 9th-64th place will advance to the subsequent division, ESEA Intermediate. 2nd-4th place moves up to ESEA Main, and the winner goes to ESEA Advanced.

On November 9th at 18:00 CET, we took on muskariviskari in a tight Bo1. We began by winning the pistol round, but the Finnish squad quickly answered with two rounds in a row.

By the fourth round, spike was starting to get fired up. By securing at least one kill during the next eight rounds and reaching 21 kills in the first half, she was a defining factor in the 10-5 half-time score.

From one hero to another, RacheLL was striving for success by getting four double kills in the second half and, most importantly, achieving an ace in the 19th round, while also clutching a 1v3.

Although our two protagonists in this match helped tremendously, it wasn't an easy game, as the match ended 16-13 in our favor.

We have our next matches in ESEA Open on Sunday, November 13th, where we face Qual4 and Anachronikk.