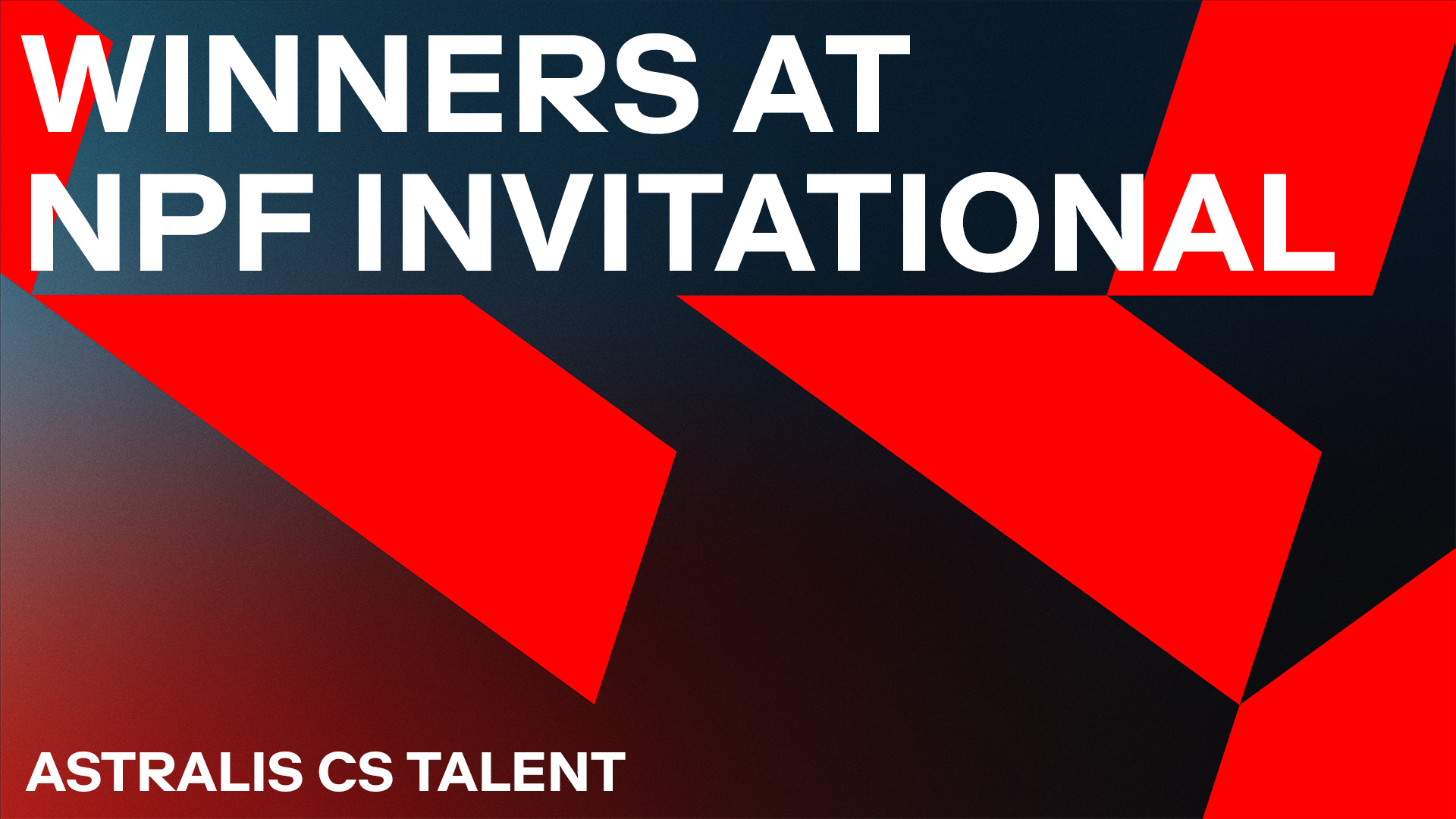 Astralis can now add another trophy to the cabinet after Astralis Talent was crowned champions of NetPartyFyn 2022.

This weekend, from the 14th-16th of October, we competed in the CS:GO Invitational tournament at the biggest LAN event in Denmark.

A few days before the tournament, we temporarily signed Alexander "br0" Bro because MistR is helping the main squad at BLAST Showdown. In addition, casle is also assisting the primary team, but luckily cajunb could step in as coach.

Despite the temporary changes in the team, our young guns were up for the challenge. The tournament consisted of eight teams in a double elimination format, with upper bracket matches being best of three and lower bracket being best of one.

Our first opponent was Flames Ascent, who we beat 16-12 last month in POWER Ligaen. We literally repeated that result on their map pick, Overpass, with jarko being in charge by achieving 27 kills and a 1.57 rating.

jarko continued his terrific performance on the second map, Inferno. Almost unharmed, we won our map pick 16-5, resulting in a secure 2-0 victory.

The next day we went from a secure 2-0 victory to an intensified fixture against the 6th best team in Denmark, Tricked. We stayed on Inferno, picking it as the first map, which ended up being a close double-overtime affair. We ended up winning the map 22-20 with a great display from br0.

It didn't become less competitive on Mirage, which Tricked chose as the second map. The first half started great because of an admirable CT side from the team, resulting in a 13-2 score. Sadly, our T side wasn't on the same level, which helped Tricked make a comeback and win 14-16.

After a devastating second half on Mirage, our players had to reset their mindset going into Vertigo as the decider. Altekz and br0 led the squad to victory with 26 frags each to help the team win the map 16-11.

Saturday afternoon, we faced CEPTER in the Upper bracket final after an exhausting 2-1 victory against Tricked. Once again, all three maps were needed in order to claim the winning.

Our safe choice, Inferno, was once again chosen as the battleground. With a 1.40 rating and 27 frags, Altekz dominated the scoreboard in the 12-16 conquest.

Despite an excellent first map, we couldn't close the match on CEPTER's map pick, Nuke. CEPTER defeated our athletes 11-16.

Repeatedly, we showed mental strength in a long match on the decider, Overpass. The team achieved a comfortable 16-5 win with our AWP'er Kristou in front.

Another 2-1 victory brought us to the Grand Final versus Tricked, who fought back from the lower bracket. A long night was in front of us, as the final was starting at midnight.

As if double overtime wasn't enough versus Tricked, we took it one step further on Mirage. Our newly signed player, br0, proved his worth on the opponent's map pick by reaching 46 frags and a 1.44 rating in a close 21-25 defeat.

Inferno was once again our home turf, and an all-around great team performance secured the map 16-10. There were only four frags between top fragger and fourth place on the scoreboard.

Vertigo was once again chosen as the decider. Altekz started fantastically on our CT side, and at half-time (6-9), he was already sitting at 13 frags. Switching over to the T side, you wouldn't suggest that jarko and br0 had been playing since 11:00 CEST.

Both players helped tremendously in the comeback on the T-side. Tricked was up 11-14, but we managed to make it to OT. We pulled ourselves together in overtime, winning four rounds in a row to secure the map victory (19-16), taking the series 2-1.

Finally, our players could lift the trophy, be crowned as NPF CS:GO Invitational winners, and earn the 4.730 Euro first prize.

We are the champions of the NPF Invitational.

With a few days of practice with @br0CSGO, the entire team showed pure talent, teamwork, and spirit.

After a tough and long final against Tricked, we ended up being the team that lifted the trophy, crowning us as the champions. pic.twitter.com/bzAG7LdW9z